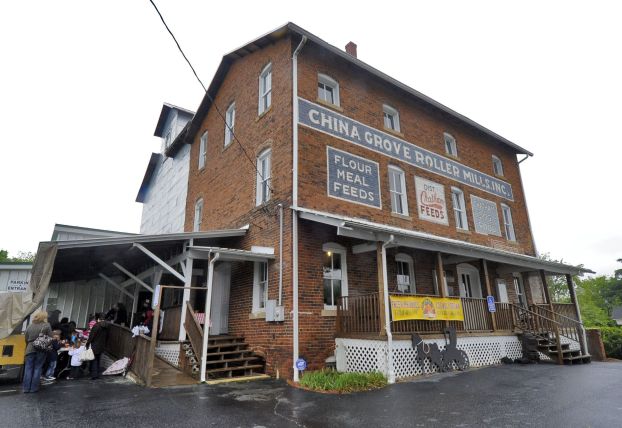 Doby, Historical Society of South Rowan chairwoman, was overjoyed about Sunday’s grand opening, which marked the end of a nearly two-decade long dream and the first time the mill’s basement had ever been opened. First the historical society had to raise enough money to purchase the building and prevent it from being torn down. To purchase the mill, the society needed to raise thousands of dollars in a six-month time frame, Doby said. The society far exceeded its goal, raising more than $100,000 in just over five weeks.

“It’s been the most rewarding journey,” Doby said. “It was a dream that we didn’t know if we would be able to accomplish or not. It just all fell in place and we, really, truly, never had to struggle.”

Doby said the idea to open the mill’s basement first came up in February. Cleaning and electrical rewiring were two parts of work that needed to be completed.

As she described the process, a few small tear drops of joy trickled down Doby’s face.

“Of course I’m excited. Can’t you see me crying?” she joked.

Dozens of people strolled through the newly opened portion of the Roller Mill, including James and Frank Miller, who both worked at the mill at different times.

James Miller recounted his time working at the mill as visitors glanced at equipment in the basement. James said he was surprised that, 20 years after closing, the mill still remained standing in downtown China Grove.

James said he was happiest to see the top floors of the mill preserved, as it was where he spent most of his time.

Frank Miller, James’ uncle, said farmers would come to the mill to purchase feed a bevy of animals — from chickens to cows and pigs.

For 100 years, starting in 1895, the China Grove Roller Mill was in continuous operation. It was a meeting place for the agricultural community surrounding the town of China Grove. Farmers came to sell their grain for flour and corn meal production, to purchase farm necessities and to socialize.

The Roller Mill is regularly open on the second Sunday of each month from 2 p.m. to 4 p.m., but Doby said school groups also come for tours at other times.