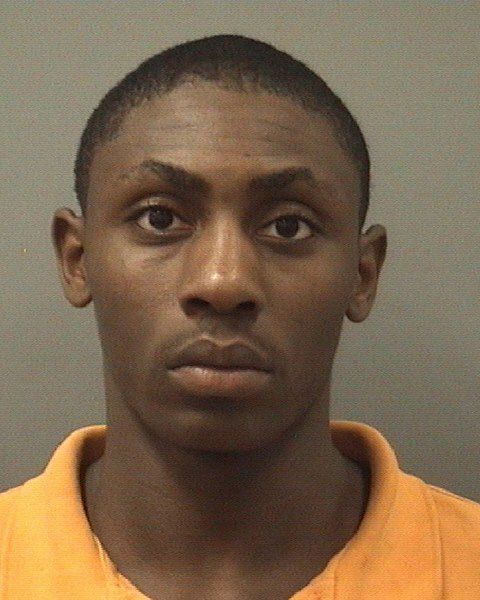 Three men were charged after authorities served a search warrant at a South Long Street home in conjunction with the local probation office.
Officers with the Salisbury Police street crimes unit, along with probation officers, went to the home Friday morning around 7:30 a.m. and while there spoke with the homeowner, Christopher Seth Shaw.
Terrence Alexander Morris, 22, of the 400 block of South Long Street, was charged with felony manufacturing a controlled substance schedule VI (marijuana plant), simple possession of marijuana and simple possession of a schedule III controlled substance (Ritalin).
Shaw, 23, also of the 400 block of South Long Street, was charged with possession of drug paraphernalia and possession of a controlled substance schedule VI, both are misdemeanors.
Malcolm Xavier Harris, also known as Malcom Xyziver Harris, 19, was charged with resist, delay, obstruct an officer; possession of a controlled substance schedule VI and failure to appear/comply, all of which are misdemeanors.
Officers searched the home and found a marijuana plant growing outside of the house near a fence in the yard.
A search of the home also revealed smoked marijuana blunts hidden under a mattress and eight Ritalin pills inside a dresser drawer, said Capt. Shelia Lingle.
Police also found digital scales, shotgun shells, a gas mask and a hunting knife. The marijuana, including the plant, totaled 4 grams, Lingle said.
Harris remains in the Rowan County Detention Center under a $4,000 secured bond. In April 2013, Harris was convicted of misdemeanor larceny.
Shaw remains in the county jail under a $5,500 secured bond. He is currently on a year and a half probation for a felony drug possession conviction from November. He also has a 2009 conviction for felony breaking and entering.
Detention Center records show Morris has since been released under a $2,500 secured bond. He is currently on a year of probation following a June conviction for misdemeanor resist, obstruct, delay an officer. He’s also been convicted of misdemeanor larceny and misdemeanor drug possession.
Contact reporter Shavonne Potts at 704-797-4253.