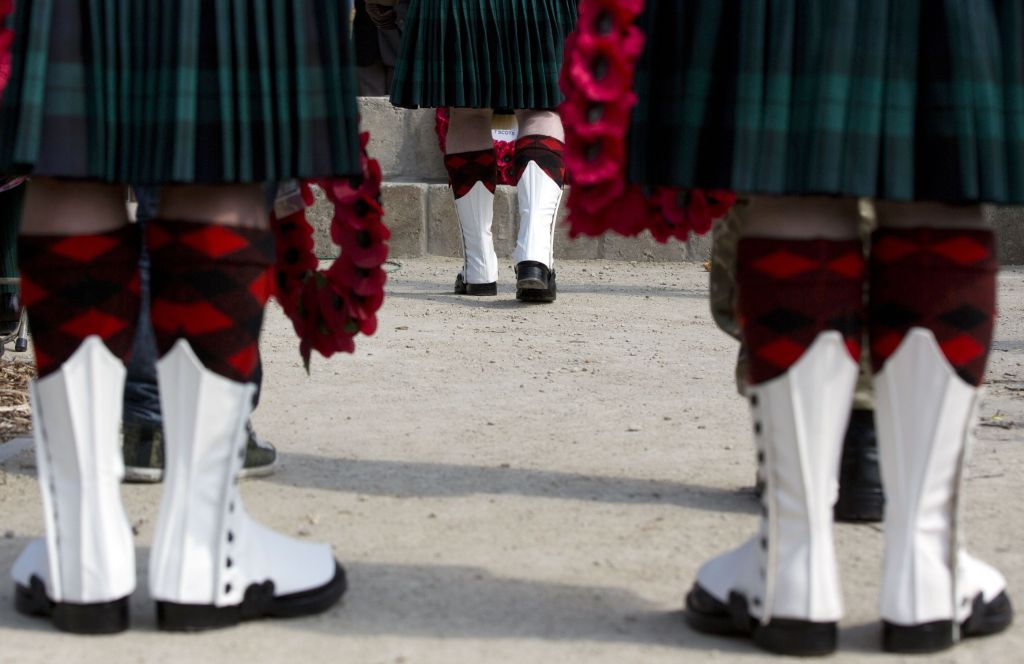 Your daily look at late-breaking news, upcoming events and the stories that will be talked about today:
1. HOLLANDE PRESSES FOR ACTION AGAINST MILITANTS

France’s president says there’s "no time to lose" in the global push to combat extremists from the Islamic State group, minus the two countries who share most of Iraq’s borders.

AP’s Dan Perry finds that much of the problem lies in the region’s Sunni-Shiite divide, which outsiders tend to underestimate repeatedly. MIDEAST COMPLEXITIES-ANALYSIS

3. WHAT A SCOTTISH "YES" COULD MEAN

If Scots approve independence from the U.K., the move will downgrade British influence in the European Union and force NATO planners to rethink the alliance’s defense posture.

Delivering supplies and training doctors and nurses for volunteer work in West Africa, while making sure hospitals at home know what to do if someone travels stateside with the infection.

They’ll be fewer website woes, but the 8 million people already enrolled may face higher premiums if they choose automatic renewal.

Residents and tourists flock to shelters and hotel conference rooms as the Category 3 hurricane makes landfall on the southern Baja California peninsula.

Authorities are increasingly concerned about a hoax in which video game players lash out at online opponents by making fake 911 calls that send SWAT teams to their homes.

8. WHO MADE THE BIG APPLE A THREE-TIME WINNER

Miss New York Kira Kazantsev has been named the new Miss America, marking the third consecutive year that a contestant from the Empire State was crowned.

Daniele Watts is complaining that she was handcuffed and briefly put in the back of a squad car after a public display of affection with her white companion.

After being charged with child abuse, star running back Adrian Peterson was benched for his team’s 30-7 home loss to New England.