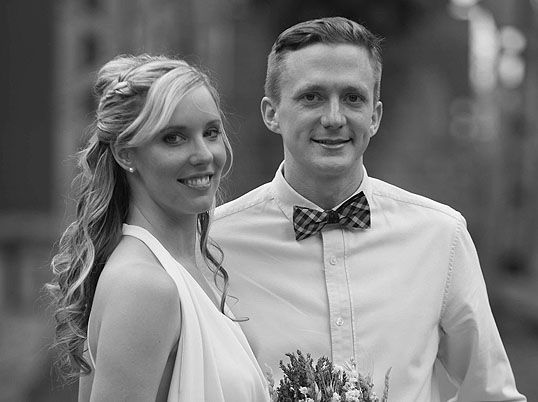 Emily Richards and Brian Strobach were married on July 12, 2014, in Chicago, Ill. The bride was escorted by her father and mother. Her sister, Lauren Rosenfarb, was matron of honor, and her brother-in-law, Steven Rosenfarb, officiated the ceremony.
Emily is the daughter of Jeffrey and Debbie Richards of Salisbury and the granddaughter of Donald and Geraldine Holshouser and the late Edwin and Helen Richards. A graduate of North Hills Christian School and the University of North Carolina at Chapel Hill, Emily is employed by the Wrigley Company in Chicago. Brian is the son of Thaddeus and Debbie Strobach of St. Louis, Mo. He is pursuing his Masters of Computer Science at the University of Chicago. The couple is making their home in Chicago.

CHARLOTTE — “I would rather be in this wheelchair with God than on my feet without him.” Joni Eareckson Tada... read more