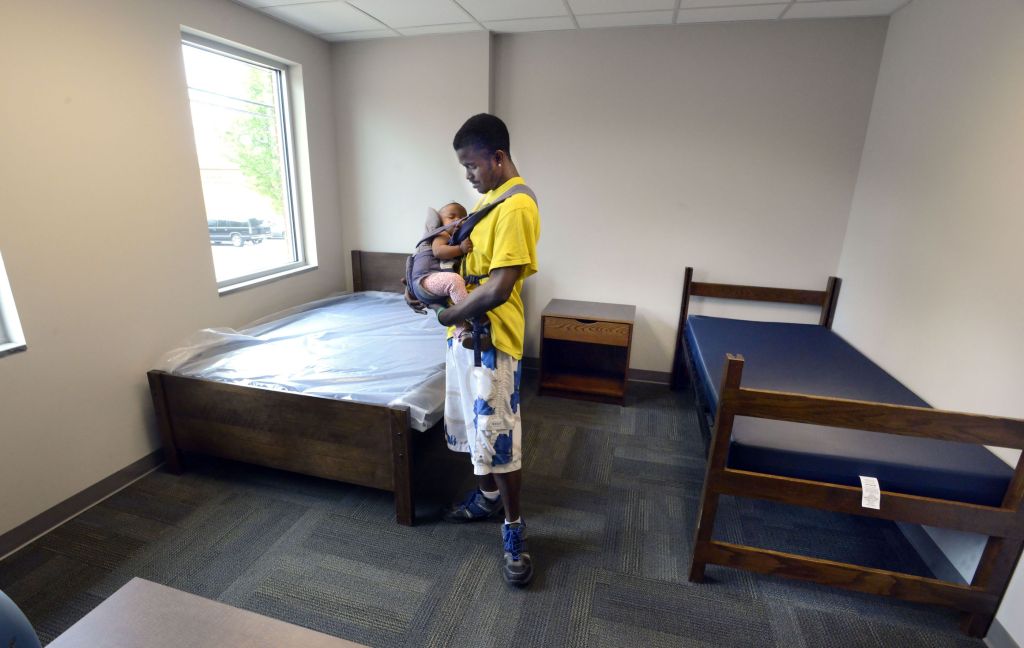 When the video surfaced of a professional football player punching the woman who is now his wife, it ignited a national conversation on domestic violence.
That discussion is a good thing, says Renee Bradshaw.
“Awareness about domestic violence has changed our community,” she says.
Yet Bradshaw, executive director of the Family Crisis Council, has conversations about domestic violence every day.
She can reel off statistics so quickly that you don’t want to think about all the women behind those numbers:
• 1 in 4 women is abused sometime in her life.
• In North Carolina, there have been 43 deaths attributed to domestic violence since January. Of that number, two deaths were in Rowan County.
• According to the National Network to End Domestic Violence’s report from June and July, more than 66,000 victims of domestic violence received services in a single day nationwide.
• It takes five to seven times for a woman to leave her abuser.
“I’m a survivor,” Bradshaw says, “and I’ve only disclosed that recently. I didn’t know what domestic violence was. The awareness has increased because people are speaking up.”
Bradshaw says she is asked constantly about victims of domestic violence, “Why did she not leave?” But she says the more important question is, “Why did the abuser abuse?”
“When stuff like this happens, people want to know what to do to stop it,” says Beth Moore, executive director of Prevent Child Abuse Rowan. “When families come here with children being abused, we quickly find out that the caregiver is being abused, too.”
At the core of child abuse and domestic violence, Moore says, is an abuse of power.
“Unless somebody helps them, a child cannot walk away,” she says. Moore adds that 99 percent of parents who come to her agency with their children have been abused “in some way, shape or form as a child or as an adult.”
She adds, “What we try to do here is to stop the cycle, so that children don’t become adults and get into an abusive relationship.”
No one in any socioeconomic level, Moore says, is immune to child abuse or domestic abuse. “Victims of abuse want so badly for someone to love them. This happens to celebrities, too, even though they may have the means to leave.”
Bradshaw says she wasn’t surprised that Janay Rice married her husband after the now well-known instance of abuse took place.
“She blames herself,” Bradshaw says. “This is the guy who swept her off her feet. You think this is the ideal relationship. She thinks he’s her knight in shining armor, when he’s just the opposite.”
She adds, “It’s hard for women to leave. You’re with someone who supposedly loves you, you have a roof over your head, and you have your children and friends. How can you just walk away from that? Where are you gonna go?”
The only way that women can leave abusive relationships, Bradshaw says, is if they have options.
“What domestic violence agencies offer is a personalized safety plan,” she says. “There is a crisis line at every shelter. We can give you a safe place to stay, and provide you with a court advocate.”
Bradshaw points to the many agencies in town — the Department of Social Services, Rowan Helping Ministries, Community Care Clinic, Prevent Child Abuse Rowan and local law enforcement — that are working collaboratively to make a difference.
“We have funds from local donors and the United Way to relocate these people,” Bradshaw says.
“How do you encourage someone to be an overcomer?” Moore says. “We encourage and strengthen our clients not to repeat the cycle of violence. That’s why all the agencies work so closely together. We all work together to find a solution for these families.”
Besides the secure location that the Family Crisis Council offers, women and families who have been in abusive circumstances may spend time at Rowan Helping Ministries’ shelter.
“Folks are referred here from Family Crisis Council for transitional housing,” says Kyna Grubb’s RHM’s executive director. “They may come and stay here while waiting for space to open at Family Crisis Council.”
She adds, “Renee provides that secure location, but people know where we are. However, we don’t give out any information about any of our shelter guests.”
Grubb says that 99 percent of shelter guests have had some type of history of domestic violence. She was surprised to learn from shelter staff that the figure is that high.
Some of the shelter guests, Grubb says, have seen domestic violence in their own homes. They don’t know this behavior is not normal. Family Crisis Council has led classes at Rowan Helping Ministries, so guests know what help is available, she adds.
Rowan Helping Ministries is preparing to offer a 10-session class on anger management, for guests with a history of violent behavior, or for those who are struggling with anger.
Grubb agrees with Bradshaw that she has definitely heard more of a mainstream discussion about domestic violence in the community of late.
Bradshaw says she doesn’t see much of a correlation when incidents of domestic violence are reported in the media to the number of calls her agency receives.
“But sometimes a light goes off,” she says. “It’s not just hitting. It’s mental abuse. It’s all about the control.”
Bradshaw says that anyone can be an advocate to stop domestic violence.
“Be aware of what’s going on around you,” she says. “Listen to what your family members and friends are saying. It’s all about support.”
A candlelight vigil to end domestic violence is set for 7 p.m. Monday, Oct. 6, on the steps of the county courthouse.
To reach the 24-hour Family Crisis Council’s hotline, call 704-636-4718.
Freelance writer Susan Shinn lives in Salisbury.