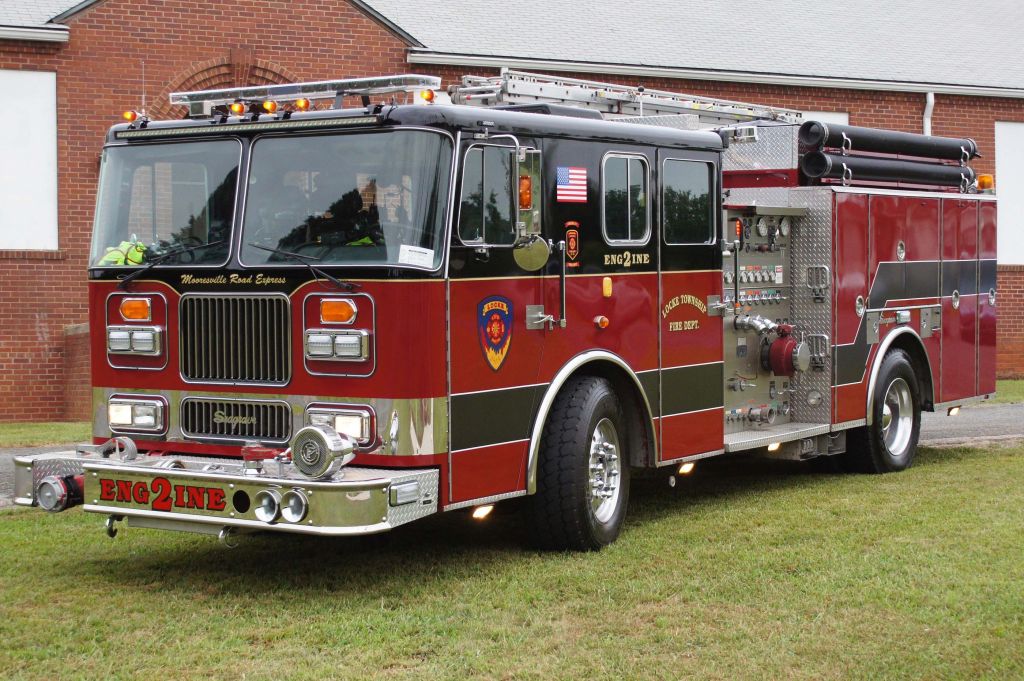 CHINA GROVE — The Price of Freedom Museum was filled to the brim Saturday with families, tractors and curious children trying on firefighting equipment for size.
The museum hosted its annual Remembrance of 9/11 event, this year with the theme, “Memories of Yesteryears.” The gathering included food, fun and a chance to step back in time with the museum’s military equipment.
Bobby Mault, who runs the museum, said he’s seen a marked increase in the number of visitors during the Remembrance of 9/11 event each year.
“This program has doubled what it was when I started,” Mault said. “I see it as bringing the community back together like it used to be.”
Mault said he was especially excited to see so many different fire and police departments in attendance, because the event was created specifically to honor emergency personnel.
Dozens of people filed through the museum on Saturday. Each room represents a different era, Mault said. In the future, Mault said he hopes to fill out the rest of the building with a replica of a three-room house during World War II.
“When you walk out of the military rooms, you’ll walk into the home life and home style that you would see during the war,” he said.
During the event, others stayed outside and enjoyed good food, music and look at several different tractors and fire trucks.
Mault was never a policeman or firefighter, but he says that keeping the museum going is his way of serving.
“I feel like right now I’m serving in the way that I was intended,” he said.
All of the equipment in the museum is donated, he said. What’s now a building with hundreds of pieces of military equipment started out as a simple donation to Mault’s service station. He received a uniform from a veteran and hung it up in his store 30 years ago. He soon began receiving questions about it, and donations increased in frequency.
“One led to about 800 different uniforms that I’ve got now,” he said. “I have never had to buy or ask for anything that’s in this museum.”
Once the museum building on Weaver Road became available, Mault moved in and began displaying the donations in 2006.
Mault said he hopes as the event continues that attendees have fun, but also remember the sacrifices that emergency personnel made through the decades of America’s history.
The Price of Freedom Museum is located at 2420 Weaver Road, China Grove. For more information, call 704-857-7474 or go to www.priceoffreedom.us