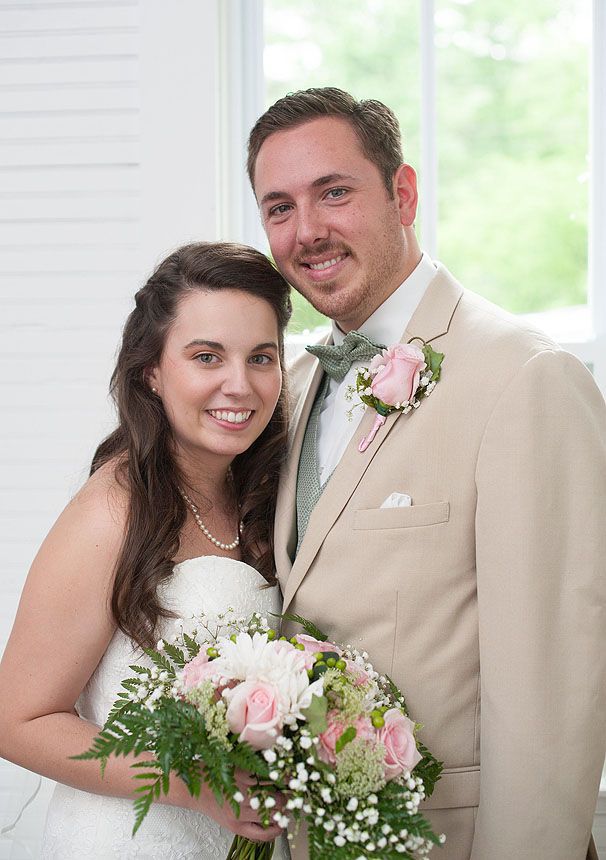 PURLEAR — Emily Noel Calloway and William Clifford Stokes were united in marriage May 10, 2014 at historic Big Ivy Baptist Church in Pulear. The Rev. Chris Goforth officiated the ceremony, which was followed by a reception at the Doc and Merle Watson Stage on the campus of Wilkes Community College.
The bride was escorted by her father and attended by her sister, Marlee Calloway of Moravian Falls as maid of honor. Bridesmaids were Grace Stokes, sister of the groom from Salisbury; Hayley Hoffman of Matthews; Harley Harris of Taylorsville; and Kayley Moore of Wilkesboro. Flower girls were Paige Stone and Addie Moore, both of Wilkesboro.
Glenn Stokes was his son’s best man. Serving as groomsmen were Spencer Waganaar of Satellite Beach, Florida; Rory Julian of Cape Town, South Africa; Cole Dutton of Myrtle Beach, South Carolina; and David Hurley of Raleigh.
The bride is the daughter of Benjamin and Freda Calloway of Moravian Falls and the granddaughter of Fred and Barbara Eldreth and the late J.B. and Kathleen Calloway of Moravian Falls. A 2009 graduate of Wilkes Central High School, and a 2013 graduate of Wingate University with a bachelor of science degree in chemistry-business, she is employed by K&W Laboratories in Midland.
The groom is the son of Glenn and Amy Stokes of Granite Quarry and the grandson of Paul and Alda Smith of Salisbury and William and Carolyn Haven of York, South Carolina and the late Glenn H. Stokes, Sr. of Atwell. A 2009 graduate of East Rowan High School, and a 2013 graduate of Wingate University with a bachelor of science in biology, he is currently pursuing his Doctorate of Physical Therapy at Wingate University.
The bride and groom were honored with showers in Wilkesboro and York, South Carolina and a rehearsal dinner at the Mountain Aire of West Jefferson. Following a wedding cruise to the Bahamas, the couple are making their home in Stanfield.