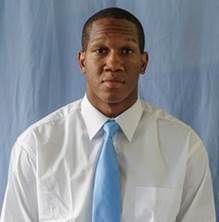 Blue Bears win another wild one

Augusta, Ga. — The Livingstone Blue Bears have allowed 89 points in two games.
The bottom line is all that counts though, The Blue Bears like the bottom line. They’re 2-0 after winning 48-45 at Paine on Saturday in Augusta, Georgia.
“Too many penalties and we’re giving up too many yards and points, but from start to finish, we did things the Livingstone way,” coach Daryl Williams said.
It was wild, to say the least. Just as it was in the opener when Livingstone held off Millersville (Pa.) on the road 46-44.
Livingstone trailed 7-0 after the Paine Lions, playing their first home football game since 1962, scored on defense just 38 seconds into the game.
“We shot ourselves in the foot before we even got settled in,” Williams said. “We had a fumble on a handoff, and we’re down in a hurry.”
Livingstone quarterback Drew Powell wasn’t rattled by that shaky start. He ran for a touchdown and threw touchdown passes to Kendall Robinson and Jalen Hendricks before the end of the quarter to put the Blue Bears on top 20-7.
Paine fought back, but a scoring run of 11 yards by Justin Forte gave the Blue Bears a 27-17 lead at halftime.
Livingstone took control in the third quarter when Hildon Bush produced a crowd-quieting 42-yard pick-six and Powell ran for his second touchdown.
When Powell broke a quarterback draw for a 68-yard touchdown in the opening seconds of the fourth quarter, the Blue Bears led comfortably 48-24.
But Paine (0-2) wasn’t through.
“They’ve got some very good skill players, and they’re going to beat some people,” Williams said. “They didn’t stop playing when we got that big lead.”
Livingstone had some injuries in the secondary, and Paine quarterback Loranzo Hammond tossed three TD passes in rapid succession. Hammond’s TD pass with 2:59 left was followed by a two-point conversion. Livingstone’s lead was down to 48-45. It was time to get nervous.
William Tatum fielded the ensuing kickoff for the Blue Bears and returned it to the 25.
After two running plays lost yardage, Livingstone faced third-and-16, but Powell found Hendricks with a clutch 36-yard completion for a first down, and a personal foul was tacked on at the end of the play.
Livingstone ran for another first down, Paine used up its timeouts, and the Blue Bears went into victory formation.
“We’ll take the three-point win and we’ll take the back-to-back road wins,” Williams said. “It was a good day. We had our administration here supporting us and we had our band. That meant a lot.”
Paine had 453 yards to 446 for the Blue Bears. Powell threw for 226 yards, ran for 92 and accounted for five TDs. Hendricks had five catches for 151 yards.
Kenneth White had nine tackles to lead the Blue Bears, while Bush had eight. Daryl Hines had two sacks.
Hammond threw for 338 yards and four TDs for the Lions and rushed for 96 yards.
Livingstone is home next Saturday at 1 p.m. against the University of Virginia-Lynchburg Dragons.