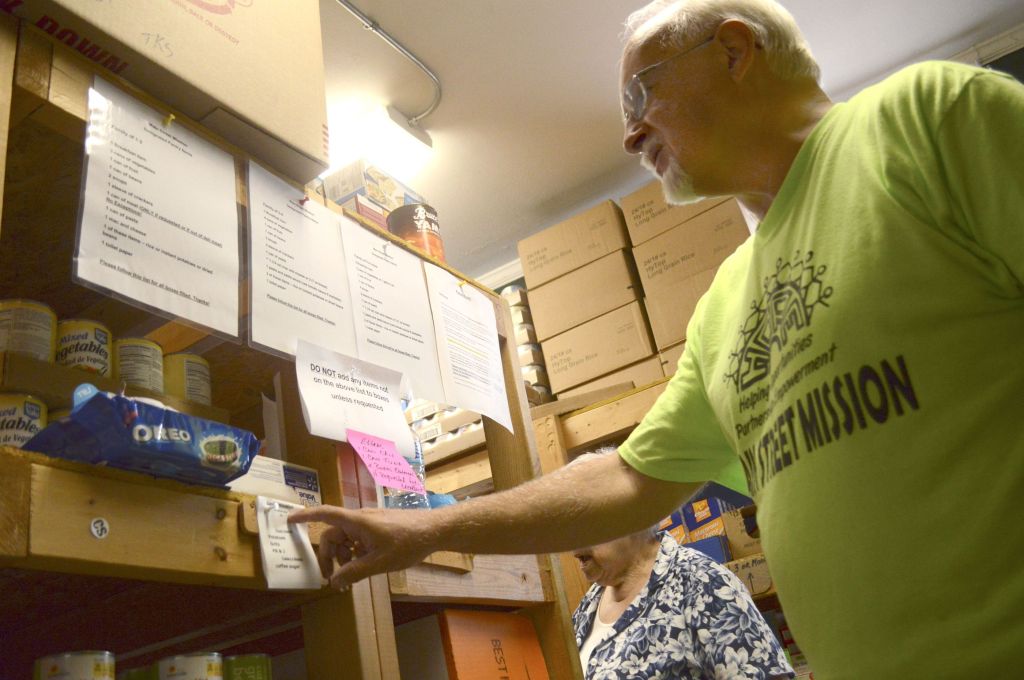 The mission’s bridge builders program, which is officially called Getting Ahead, provides counseling and education on how to set goals and plan for the future. Main Street Mission outreach advocate Hope Oliphant said the Christmas program would be a different approach on traditional holiday toy drives.

“People will bring Christmas to a family at their front door and the dad will duck out the back because he is embarrassed,” she said. “The mom will go to the door out of obligation and she accepts the gifts, but it’s not anything that she has chosen for her children. It can just make them feel even worse.”

Oliphant said the idea behind the mission’s new program is to provide Christmas with dignity to Rowan County families.

Items would be donated to the Mission. Later, families would come to the mission and shop for “pennies on the dollar,” Oliphant said.

“They purchase items that they could never afford to buy, but at a very low cost,” she said. “They get to say that they actually bought it for their child. The book (“Toxic Charity”) talks about how charity can create dependency and we want to change that to empowerment. Giving should not be about us and how it makes us feel, but about giving dignity to someone.”

Oliphant said the idea for the new program quickly spread to others affiliated with the mission after she shared the book.

Main Street Mission director Anne Corriher said participants who can’t afford to purchase gifts may be able to work in the mission’s store and build up credit.

The Christmas program is also an opportunity for participants in the Bridge Builders program to help provide Christmas for their kids. Corriher said program participants would likely be first on the list to work in the store and, therefore, build up credit.

Corriher said she’s already seen a noticeable change in the Bridge Builders participants just 7 weeks into the 15-week program. Not only are the participants showing added confidence, but also starting to become a tight-knit group.

Ronald Brown, who participates in Bridge Builders, shared his story of transformation. Corriher and Oliphant jokingly call him the professor of the Bridge Builders group.

“It seemed like, once the class started, we just melded into one, almost like a family,” Brown said.

He recounted a story from the first day of class, where he was asked to write the words “powerless” and “powerful” on a board.

“I grasped that the class was going to be about the power to overcome my problems,” he said. At that point leading up to the class, I had just felt powerless. By going to class, the togetherness and openness, I felt powerful.”

Once significant change since he started the class, Brown said, is a decision to start a daily journal.

As the Main Street Mission’s Bridge Builders program continues, Corriher said the mission would further iron out plans for its Christmas program and have a community meeting to help decide final details.