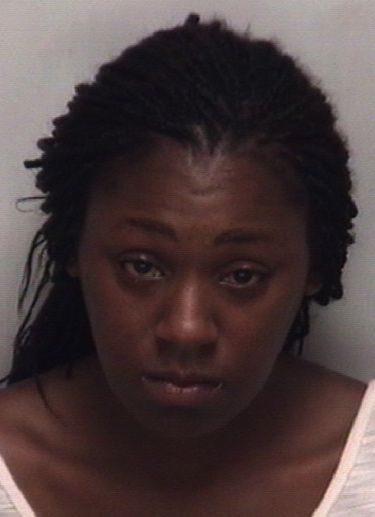 A belligerent pregnant woman was charged with communicating threats, disorderly conduct and resisting, delaying or obstructing a public officer Wednesday night.
Police received a call reporting that Candace Nichole Evans, 24, was causing a disturbance in the 700 block of Victor Street in Salisbury.
When police arrived, she was “very belligerent” and using “a lot of language,” according to Capt. Shelia Lingle of the Salisbury Police Department.
Police reports say Evans wouldn’t cooperate or answer any questions.
She was taken to Rowan Medical Center in a patrol car to be evaluated for preexisting medical problem after she refused treatment from EMS crews.
At the hospital, she refused to cooperate, threatening hospital staff.
She was then taken to the magistrate’s office where she was charged and given a $2,500 bond and transferred to the Rowan County Detention Center.