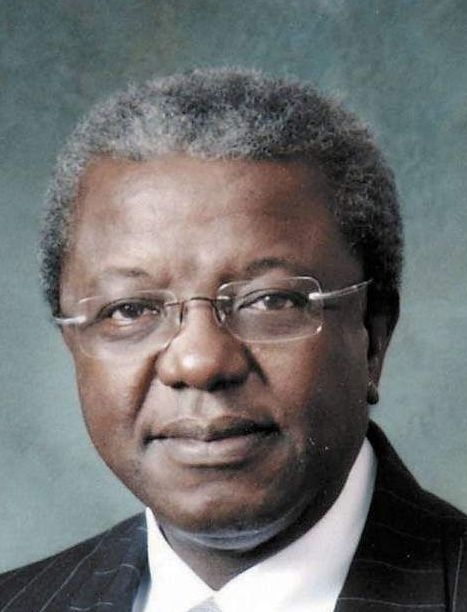 When the Livingstone College Blue Bears host the Virginia University of Lynchburg Dragons at 1 p.m. on Sept. 20 inside Alumni Memorial Stadium, much more than a football game will be taking place.
That’s because the contest, being billed as The West End Classic, will be preceded by a unity parade at 10 a.m. and Family Fun Day on Livingstone’s front lawn at 11 a.m.
The first annual West End Classic is a collaboration between Livingstone College, the city of Salisbury and members of West End Pride and West End Community Organization. The purpose of the classic is to continue the camaraderie that has formed between the college, the city and the community.
“No one lives on an island, and here at Livingstone College we certainly recognize that,” President Dr. Jimmy R. Jenkins, Sr. said. “To continue moving the college forward and to ensure necessary improvements are made on the west side of Salisbury, it’s going to take all of us working together for a common goal. There are ways in which Livingstone benefits from being in the city of Salisbury, and, likewise, there are ways in which the college is an asset to the city. I’m very grateful we’re able to invite Salisbury leaders and members of the West End to our campus for a day of fellowship, good food, fun and prayerfully a victory on the gridiron.”
The Blue Bears hope to be 2-0 by the time the Dragons come to town on Sept. 20. They won their season opener — for the first time in 15 years — by defeating the Millersville University Marauders 46-44 in a thriller in Pennsylvania on Sept. 4. The Blue Bears scored two touchdowns in just under 90 seconds as time waned to seal the victory against Millersville. On Saturday, Livingstone competes against the Paine College Lions on their home turf in Augusta, Ga.
From now on, the Blue Bears’ first home football game each year will be called The West End Classic. Jenkins and other Livingstone officials hope the name — and more importantly the intent behind it — will catch on.
“We’ve been meeting with residents of the West End Community for six months now,” said Livingstone’s Senior Vice President Dr. Herman J. Felton, Jr. “I think it’s vital for us to show the institution deems itself an integral part of ensuring the West End side of Salisbury becomes just as vibrant and prosperous as other sections of the city. The event we’re hosting on Sept. 20 is part of the commitment we made when we initially got together with members of West End Pride and West End Community Organization. We want to demonstrate by our deeds, and not just our words, that we’re serious about partnering with them.”
Felton said he’d be remiss if he didn’t express sincere gratitude to Assistant City Manager Zack Kyle, who he said has been very instrumental in making the inaugural West End Classic happen. Likewise, Felton said, city officials have been very cooperative as plans have come together for the event.
Kyle, who has been with the city of Salisbury for five years, applauded Livingstone for hosting the event.
“I think it’s a great idea,” Kyle said. “The city is excited about being able to partner to talk about the positive things happening in the West End.”
Recreation Coordinator Teri Shaw, who will attend the festivities, said the city’s information technology department recently updated the computers at the Miller Center to enable West End kids and their parents to take advantage of Wi-Fi. And on Saturday, city officials are showing free movies and providing refreshments for children at 3 p.m. in Hall Gym.
“I think the West End Classic is going to be a very strong effort on both parts to show the communication and the partnership with the West End and how we’re coming together to bring resources to the area,” Shaw said. “We all have some of the same concerns that are being brought to the city of Salisbury, as well as the college, and I hope we’ll be able to work together to bring even more events … to the youth and their parents.”
The West End Classic kicks off at 10 a.m. with a parade beginning at the intersection of West Liberty and North Church streets. It will include marchers from Livingstone College and the community as well as the institution’s marching band. The Mini Funk Factory may also perform during the parade, which will end at Livingstone’s campus.
At 11 a.m., Family Fun Day will be held on the college’s front lawn, where campus employees and members of the community will fellowship before heading down to the football field for the 1 p.m. game. Admission will be free for West End residents and Livingstone College faculty and staff.
Head Football Coach Daryl Williams said he’s excited about the West End Classic, not only because it’s always good when the college and the community come together but also because it will give the public a chance to witness firsthand all of the hard work his players and coaches have put in since the 2014 season began.
“We were very happy to go to Pennsylvania and come out with a win on Sept. 4, and hopefully by the time we participate in the West End Classic we’ll be undefeated,” Williams said. “But there’s nothing sweeter than winning in front of your home crowd, and I’m excited because the West End Classic has the potential to lure Salisbury residents who haven’t seen the Blue Bears compete. Our players and coaches have been working diligently to improve offensively and defensively, and nothing would please me more than for us to be at the top of our game on Sept. 20 and demonstrate excellence the Livingstone Way before a packed crowd inside Memorial Alumni Stadium.”