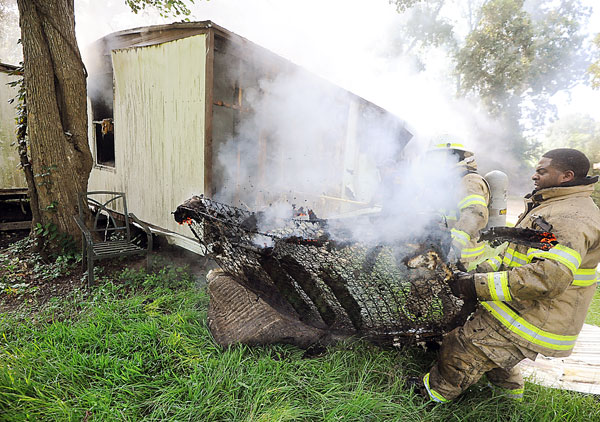 NATCHEZ — The sound of bonding between Emeal Smith and Avery Buchanan Wednesday came in the form of a basketball gliding through a net.

When The Dart landed on Woodville Drive in Natchez, Smith and Buchanan, 10, bonded over the game they both love.

For Smith and Buchanan, this is a part of their routine. Smith comes home from work as a security guard at Natchez Regional Medical Center, and the pair practices their shots in the driveway.

“I am trying to get his skills up, so he can play like his daddy,” Smith said.

But basketball has always been his biggest love.

“It is my heart,” he said, “I am just trying to impart some of that love on Avery.”

Buchanan has big hopes for the game.

“I am going to buy Mom and Dad a mansion and a condo,” he said.

Smith and Buchanan’s mom, Zelda, have only been dating for 11 months, but Buchanan immediately took to Smith.

“He asked his mom what he should call me,” Smith said. “She said, ‘call him whatever you want.’”

Smith, who has four older children, said the first time Buchanan called him dad made him happy.

It is a title that Smith does not take for granted.