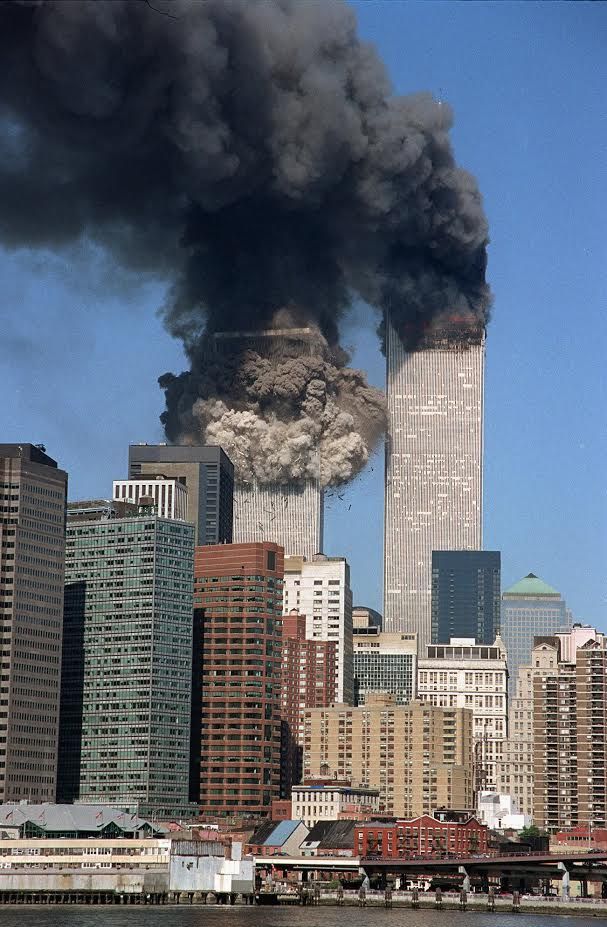 A day of tears and courage Sept. 11, 2001 ‘brought out true character of the American people’

America will never forget the September tragedy that shook our nation’s core 13 years ago. On a day that began like so many others, a clear blue sky was pierced by billowing black smoke as a wave of grief crashed over us. But in one of our darkest moments, we summoned strength and courage, and out of horrible devastation emerged the best of our humanity. On this solemn anniversary, we pause in remembrance, in reflection, and once again in unity.
On Sept. 11, 2001, nearly 3,000 men, women and children — friends and neighbors, sisters and brothers, mothers and fathers, sons and daughters — were taken from us with a heartbreaking swiftness and cruelty.

As we come together once more to mourn their loss, we also recall how the worst terrorist attack in our history brought out the true character of the American people. Courageous firefighters rushed into an inferno, brave rescue workers charged up stairs, and coworkers carried others to safety. Americans in distant cities and local towns united in common purpose, demonstrating the spirit of our nation; people drove across the country to volunteer, donors lined up to give blood, and organizations collected food and clothing.
And in our nation’s hour of need, millions of young Americans raised in a time of peace volunteered to don the uniforms of our country’s military and defend our values around the world.
As we remember all those we lost on that day and the Americans who made the ultimate sacrifice in the wars that followed, we must strive to carry forward their legacy. On this National Day of Service and Remembrance, we take up their unfinished work and pay tribute to their lives with service and charity. Through these acts and quiet gestures, we can honor their memory and reclaim our sense of togetherness. I encourage all Americans to visit www.Serve.gov or www.Servir.gov to learn more about service opportunities across our country.

In the face of great terror, some turned to God and many found comfort in family and friends — but all Americans came together as one people united not only in our grief, but also in our determination to stand with one another and support the country we love. Today and all days, we remember the patriots who endure in the hearts of our Nation and their families who have known the awful depths of loss. In their spirit, let us resolve to move forward together and rededicate ourselves to the ideals that define our Union as we work to strengthen our communities and better our world.
By a joint resolution approved Dec. 18, 2001, the Congress has designated Sept. 11 of each year as “Patriot Day,” and by Public Law 111-13, approved April 21, 2009, the Congress has requested the observance of Sept. 11 as an annually recognized “National Day of Service and Remembrance.”
… I call upon all departments, agencies, and instrumentalities of the United States to display the flag of the United States at half-staff on Patriot Day and National Day of Service and Remembrance in honor of the individuals who lost their lives on Sept. 11, 2001. …
I call upon the people of the United States to participate in community service in honor of those our Nation lost, to observe this day with appropriate ceremonies and activities, including remembrance services, and to observe a moment of silence beginning at 8:46 a.m. Eastern Daylight Time to honor the innocent victims who perished as a result of the terrorist attacks of Sept. 11, 2001.

When love turns into terror

The video of Baltimore Ravens player Ray Rice punching his fiancee in the face has some people asking why she... read more