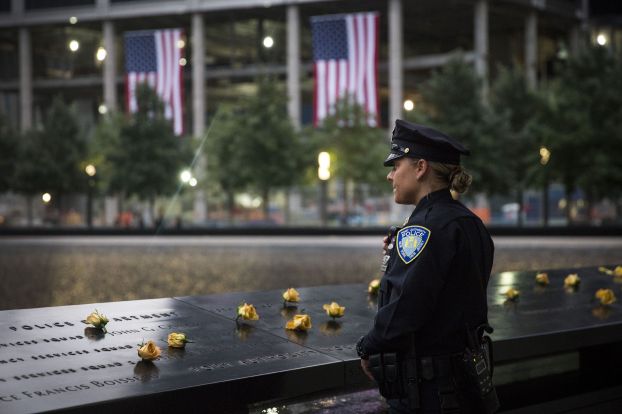 Your daily look at late-breaking news, upcoming events and the stories that will be talked about today:
1. WHAT OBAMA IS RISKING WITH WIDER AIRSTRIKES
AP’s Julie Pace says the president is thrusting U.S. forces into an expensive operation fraught with danger and unpredictable consequences.
2. SYRIAN OPPOSITION WELCOMES ANNOUNCEMENT
Western-backed rebels, who have been in disarray and losing the civil war, say the U.S. move against the Islamic State group should be coupled with degrading and ultimately removing Assad.
3. CHANGES SURROUND 9/11 ANNIVERSARY COMMEMORATION
The Sept. 11 museum has opened, the fences have come down around the memorial plaza and One World Trade Center is near completion.
4. WHO NFL HAS TABBED TO INVESTIGATE RAY RICE CASE
Former FBI Director Robert S. Mueller III will probe how the league handled evidence as it looked into domestic violence claims against former the Ravens running back.
5. PISTORIUS NOT GUILTY OF PREMEDITATED MURDER
The judge in Oscar Pistorius’ murder trial appeared to be heading for a culpable homicide finding Thursday after ruling out both premeditated murder and murder verdicts.
6. RIGHTS GROUP ACCUSES ISRAEL OF WAR CRIMES IN GAZA
Human Rights Watch made the conclusion following an investigation it carried out into attacks on or near three U.N.-run schools sheltering displaced Palestinians.
7. FEMA WANTS MILLIONS IN SANDY AID REPAID
The federal agency is scrutinizing about 4,450 households that it suspects received improper payments after storm, an AP investigation finds.
8. WHY “YES” CAMP IS GAINING MOMENTUM IN SCOTLAND
In the battle of the ads in the independence debate, that group is scoring the most points — and that gives it a chance of winning the Sept. 18 referendum.
9. MISSOURI LAWMAKERS ENACT 72-HOUR ABORTION WAIT
Gov. Jay Nixon had denounced the measure as “extreme and disrespectful” toward women because it contains no exception for cases of rape or incest.
10. ROB FORD HOSPITALIZED WITH POSSIBLE TUMOR
The Toronto mayor has been complaining of abdominal pains and an examination resulted in the working diagnosis of a tumor, health officials say