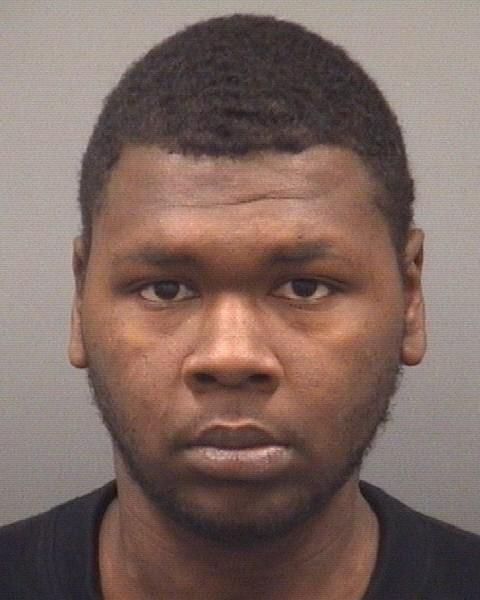 Police seize drugs, pills, cash and a weapon in the Grace Street apartment of a man on electronic house arrest. Officials said just more than a pound of marijuana was taken from the freezer, a child’s bedroom and underneath a couch cushion.
Salisbury Police charged Marquise Sential Robinson, 21, of the 400 block of Grace Street, with felony possession with intent to manufacture, sell and deliver a controlled substance schedule VI, felony maintaining a dwelling for controlled substance, possession of drug paraphernalia and probation violation.
Robinson remains in the Rowan County Detention Center under a $60,000 secured bond.
Police were contacted by the probation/parole office to accompany them on a warrantless search of the apartment, a report said.
The probation officers had some concerns about the search because Robinson, who is a “validated” gang member, lives on a street that dead ends and Robinson had previously been charged with weapons possession.
Some members of the Police Interdiction Team went with probation and patrol officers.
Robinson’s girlfriend, Cadeidre Sullivan, opened the door and told police Robinson was inside. A report said police patted Robinson down and found only a bundle of cash on him. He gave police consent to search the apartment.
Police found marijuana wrapped individually underneath a couch cushion, 4.7 grams of marijuana in a shoebox underneath the coffee table, also plastic bags, digital scales above the stove. A Glock 23 with an extended magazine, along with 18 40-caliber hollow point bullets and a laser light attachment were found under some clothing in the bedroom closet of a 6-year-old boy.
Police also discovered plastic bags with marijuana in them inside a bedroom dresser. Three 38-caliber bullets were removed from a bathroom vanity.
There were 22 pills confiscated from a dresser that Robinson claimed were laxatives.
The total amount of marijuana seized was 508 grams (more than a pound) or half a brick and $668 in cash, $21 of which was on a water heater in the kitchen, said Police Capt. Melonie Thompson.
Robinson told police the drugs were not his, but did not provide a name. He later told police the drugs did belong to him, but not to his girlfriend, who was about to be arrested. She was not charged in the incident. The 6-year-old was not home at the time of the arrest.
Robinson has been convicted of disorderly conduct, assault by pointing a gun, resisting arrest, possession of firearm by minor, riot and civil disorder, carrying a concealed weapon, assault on a female and misdemeanor traffic infractions.
Contact reporter Shavonne Potts at 704-797-4253.