Afternoon will be devoted to longrifles at Rowan Museum Saturday 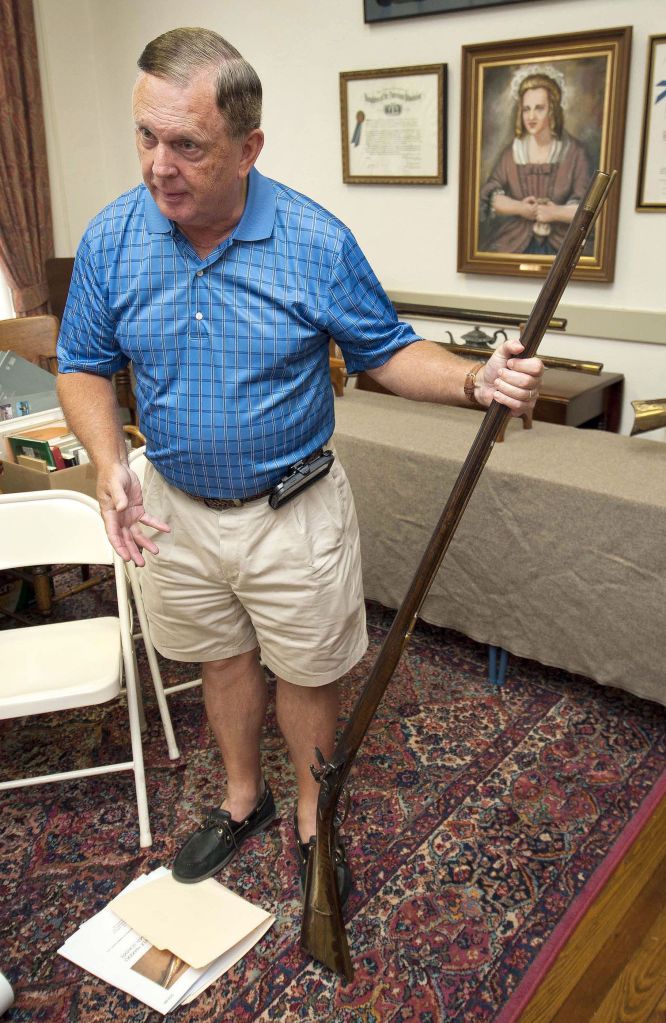 SALISBURY ­— The Rowan Museum will be host Saturday afternoon for a “Rowan Longrifle School Discovery and Research Meeting.”
Greensboro gun collector and historian C. Michael Briggs will be at the museum from 1-4 p.m. Saturday to allow visitors to inspect longrifles from his collection. He also hopes people will show up with anything they might have related to Rowan longrifles and their gunsmiths.
Next year, Briggs aims to publish a history of the longrifle makers of the Rowan “school,” but he is still looking for as much information as he can collect on at least 27 gunsmiths he has identified as possible practitioners in the Rowan school.
That information could be in the form of genealogies, longrifles or pistols, artifacts and documents related to that gunsmithing era, photographs, deeds or maps showing where gunsmith shops were and more.
Rowan Museum is located at 202 N. Main St.
Since the Post featured Briggs in a story earlier this summer, he has heard from three people who own Rowan longrifles. They plan to visit the museum Saturday afternoon with their longrifles so Briggs can take photographs of the guns for his book.
Here is a list of Rowan school gunsmiths from the 1700s and 1800s for whom Briggs is seeking more information:
Andreas Betz (moved to Salisbury in 1766); George Betz; Henry Bruner I (born in Germany 1719), Henry Bruner Jr. (died in Rowan County 1803); Henry Bruner III (1798-1819); Daniel Bryan; Richard Cathey; John Cowan (1723-1789); William Cowan (1776-1844); Jacob Crider (born 1770); Peter Crouse (born 1762); John Dickey (born in Ireland in 1724, died in Iredell County 1808); George Eagle II (born 1783); John Eagle (born 1790); Solomon Ferrington; Daniel Foster; Samuel Fraley; John Jarrett; Leonard Nash; Isaac Ribelin (1801-1869); Jesse Ribelin (born 1821); Zepeniah Turner (born 1813); George Vogler (born in Forsyth County 1789); John Waisner Jr. (born in 1808); James Woltering; A. Woolworth; Phillip Yost (1777-1848).
Contact Mark Wineka at 704-797-4263.