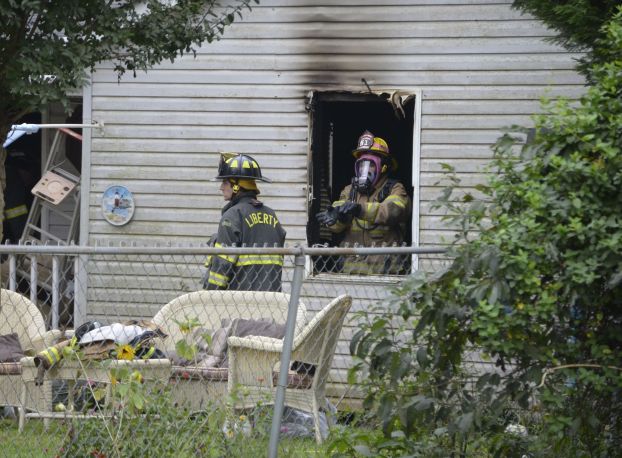 Firefighters made it to a Squirrel Run home in time to rescue five dogs and a rabbit from a house that caught fire this morning. The home is located down an unpaved road, not far from Poole Road.
Liberty Fire Chief Darrin Trexler said neighbors spotted the fire and began spraying it with a hose.
A neighbor made the 911 call at 9:30 a.m. and firefighters from Liberty, Union, Pooletown and Rockwell Rural were quickly after dispatched.
Firefighters got the dogs out and a rabbit, Trexler said, adding there were several other dogs in kennels in the back yard. No animals were injured as a result of the fire.
An investigator with the Rowan County Fire Marshal’s Office arrived to the scene to investigate sometime after 10:30 a.m.
Trexler said it was too early to tell a cause of the fire, but he did confirm it did not spread any farther than a front room.

1. The Rowan County Board of Commissioners has chosen Aaron Church as the next Rowan County manager, effective Oct. 1.... read more