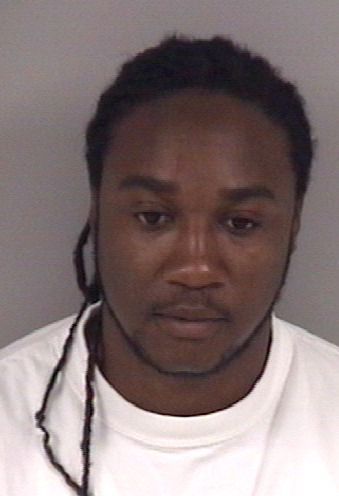 UPDATE: Rowan County Sheriff’s officials have identified the shooting victim of an overnight home invasion as
Jennifer Merriman, the 17-year-old sister of Julia Moody. Investigators continue to look for Moody’s estranged husband, Montannez Antonio Moody, 33, who is wanted for murder.
Authorities have also released the name of a 54-year-old woman who was shot and seriously injured as, Bernice Merriman, the aunt of Julia Moody. Bernice Merriman is undergoing surgery, but expected to recover.
Officals confirmed Montannez Moody left Rowan County and headed to Guilford County.
The Rowan County Sheriff’s Office is currently working with the Guilford County Sheriff’s Office to continue the investigation.
Julia Moody was able to hide in a closet with the couple’s two infant sons, Julia Moody and the children were not hurt in this incident.

RICHFIELD — Rowan County Sheriff’s detectives are looking for a Concord man involved in a Saturday night home invasion and subsequent double shooting in Richfield. Investigators said Montannez Antonio Moody, 33, is wanted in the murder of a 17-year-old girl who died following the shooting.
Law enforcement were called to 4095 Richfield Road at 9:50 p.m., to what was reported as a home invasion and shots fired. The initial 911 call also indicated a black female had been kidnapped from the residence during the shooting incident.
Deputies arrived on the scene at 10:02 p.m., and confirmed two people — the 17-year-old and a 54-year-old woman — had been shot during the home invasion, a statement said.
It was initially reported that a black female had been kidnapped, but deputies were able to locate the female at the Richfield Road address. Officials said she had not been harmed during the incident.
Rowan investigators were able to determine this incident was the result of an ongoing domestic situation between an estranged husband, Montannez Moody, and his wife, Julia Moody.
Julia Moody had taken out a 50-B domestic violence protective order on Aug. 28 against her husband, whose last known address was 545 Newell Street in Concord, officials said. The couple were scheduled to be in court Monday regarding the domestic violence order.
Investigators were able to talk with witnesses at the scene who told them Montannez Moody broke a window on a door into the home and opened fire, striking the teen and 54-year-old woman.
He fled the scene and is believed to be in a 2006 Infinity M35 four-door Sedan that is silver in color and has a North Carolina license tag of CDX6051. The vehicle is believed to have a vanity plate on the front that says “U DIG”.
Rowan County EMS took the teen and the woman to the hospital. The young girl died from wounds she received during the shooting and the woman is undergoing treatment, but is expected to survive, officials said.
Rowan County Sheriff’s investigators say warrants have been issued for Montannez Moody for first-degree murder, attempted murder, first-degree burglary and for violation of a domestic violence order.
Moody is a registered sex offender, according to the N.C. Department of Correction. He was convicted in 2004 of second-degree sexual offense (soliciting). Moody is also a felon and not supposed to possess a firearm. He’s been convicted of misdemeanor assault on a female, misdemeanor assault with a deadly weapon and misdemeanor tampering with a vehicle. He also has a number of traffic infractions, including driving while impaired.
Montannez Antonio Moody should be considered armed and dangerous. Anyone having contact with him or have knowlede of his whereabouts is urged to call 911.