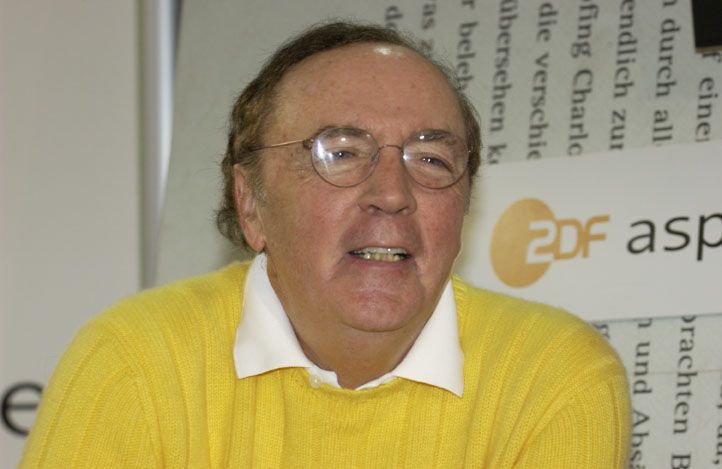 “NYPD Red 2,” by James Patterson and Marshall Karp. Little, Brown and Co. 392 pp. $28.
James Patterson is one of the most prolific writers on the literary scene today, and several of his novels have found their way to TV and motion picture screens. Many of his novels are being produced with the aid of other writers, who mostly do the research required to make Patterson’s works of fiction realistic. Such is one of his latest thrillers, “NYPD Red 2,” by Patterson and Marshall Karp.
NYPD Red is the name given to an elite unit of New York City police detectives. NYPD Red is charged with working and solving high profile crimes, which typically involve New York’s rich and famous, including rock stars, movie stars and the just plain filthy rich.
The two lead detectives of Red are Zachary “Zach” Jordan, described as one of the best of the best, a relentless and brilliant detective. His partner is Kylie MacDonald, a gorgeous young woman with whom Zach had an affair when the two of them were in the Police Academy.
MacDonald is a good cop, but often too outspoken about cases and what it takes to solve them, whether talking to the unit’s captain or the New York City mayor. But with MacDonald, it’s about solving cases in the most expedient manner possible, and not so much about job security. She’s married to Spence MacDonald, a film and TV producer who is well-heeled and in the upper echelon of New York film society. Spence also has a drug problem that raises its head in “NYPD Red 2” as the result of a near-death incident experienced by Spence in Patterson’s “NYPD Red” (1).
As the book “Red 2” opens, two boys are knocking back a few beers in the apartment of one of the boy’s mothers. The sister of the boy who lives there wants to go to a party before her mother gets home from her job as a bar waitress. Her brother, Dave, advises her against going to the party, because some of the young men who will be there are undesirable characters — several of the younger men or their fathers or both are members of a New York crime family.
About two hours after leaving, the sister comes home with her hair disheveled, clothes torn and dirt on the back of her jeans and sweater and in her hair from having been thrown to the ground. She has been raped, and the boys instinctively know it without needing to hear the gory details. Revenge becomes paramount with Dave, and his buddy, Gideon, knows he’ll have to help.
As the story progresses, Gideon and Dave meet along the shore of a river out among the sand dunes. A third boy, Enzo Salvi, is the son of a major crime boss who was one of the most well connected men in New York City. Salvi is shaking down the kids in his high school for protection money, except for Gideon, who has to steal a bottle of vodka from the liquor store where he works — one bottle of Absolut each week to satisfy Enzo.
But tonight is not merely a vodka delivery run. Tonight is a mission to kill.
Fast forward several years: Jordan and MacDonald get a call early one morning to one of the many landmarks in Central Park. A body is found on a carousel dressed, in, of all things, a HazMat suit. This is another in a growing line of what the press has begun calling “The HazMat Murders.” The victim in this instance is a wealthy, married, New York socialite who harbors a deep secret. But now, Evelyn Parker-Steele, a high priced, political operative, looks anything but rich and powerful, just dead.
Two plain-clothes police officers working undercover, dressed as homeless people, including a significant odor, meet Jordan and MacDonald as the detectives approach the crime scene. The two undercover officers working for Major Crimes Division had discovered Parker-Steele’s body inside the carousel’s enclosure. To make matters worse, or to compound investigation problems, Parker-Steele was the campaign manager for mayoral candidate Muriel Sykes, who is running against New York Mayor Spellman.
Sykes, a former prosecutor with a tough-on-crime reputation, makes continuous attempts to interject herself into the investigation of Parker-Steele’s murder with promises — or veiled threats — that usually began, “When I’m elected mayor….”
Mayor Spellman, on the other hand, has the power to call Jordan, MacDonald, and their captain to his office and remind them all of the consequences if the HazMat serial killer is not caught soon.
The book continues through several twists and turns until it reaches the grand finale, or more accurately, two surprise endings.

Reserve your seat on Center for Faith & the…