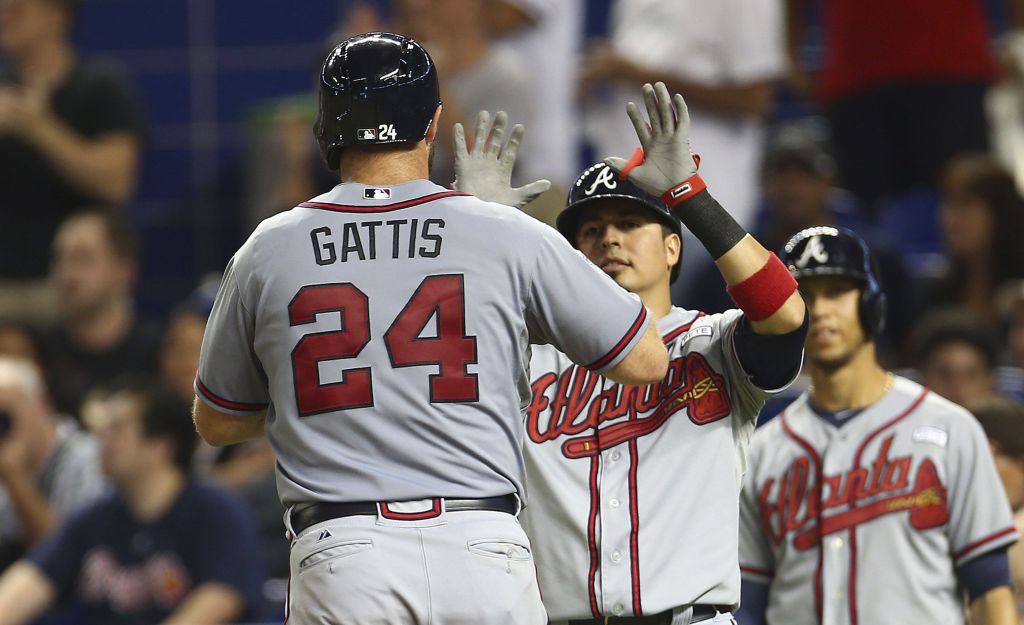 MIAMI (AP) — Evan Gattis hit a leadoff homer in the 10th inning to give the Atlanta Braves a 4-3 victory over the Miami Marlins on Saturday night.
Gattis drove the first pitch from Bryan Morris (7-1) to the top of the wall in center. Gattis motored into third with a triple when the ball was originally ruled in play, but a replay review showed it hit the wall above a yellow line for his 22nd homer.
David Carpenter (6-3) pitched 1 2-3 innings for the win and Craig Kimbrel finished for his 43rd save.
Atlanta had a 3-1 lead before Casey McGehee hit a tying two-run single off Jordan Walden in the eighth. Christian Yelich started the rally with a leadoff walk against Alex Wood, and then Walden walked Donovan Solano to put two runners on.
Wood allowed two runs and six hits, struck out five and walked two. He also helped himself with a two-run single in Atlanta’s three-run fourth.
Nathan Eovaldi struck out seven in 6 1-3 innings for Miami.
Jeff Baker hit an RBI single in the fourth, trimming Atlanta’s lead to 3-1 and stopping Wood’s scoreless streak at 14 innings.