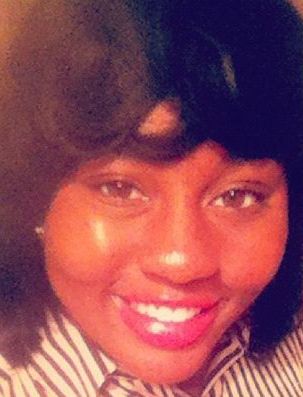 Laurels to Samiydah Dy’Meen Kearney, a Livingstone College senior who didn’t wait for classes to start to get involved in the community surrounding her campus. On her summer break, Kearney collected school supplies for local children and distributed them at an Aug. 19 event in the West End, where she’d also arranged for them to get free haircuts, hot dogs and more. Kearney, who organized the event under a student group she founded called Women with Curls, said her motivation was the fact that she knows how tough the start of school can be for less-fortunate families. She grew up one of four children of a single mother who sometimes had to use part of their rent money to buy school supplies and couldn’t always afford a back-to-school haircut. Thanks to her, 60 children who attended the event won’t have to worry about that. Livingstone President Dr. Jimmy R. Jenkins praised Kearney’s efforts and said he is “very proud of her.” As all of Rowan County should be.
ggg
Dart to the hacker or hackers who stole and are posting online nude photos of female celebrities. These women may have chosen public careers, but if they haven’t chosen to display their bodies in full undress on screen, then they mean to keep that part of their lives private. And they, like anyone regardless of profession, should reasonably expect that privacy. What are oglers getting out this, except to cause these women embarrassment they don’t deserve? And what are the perpetrators getting out this, besides being hunted by the FBI?
ggg
Laurels to Larry Wyatt, who took it upon himself to preserve the historic Shaver School in southeastern Rowan County. Built by the Works Progress Administration during the Great Depression of the 1930s, the granite building has passed through the hands of multiple owners since closing decades ago, and they made too many interior changes for it to be considered for inclusion on the National Register of Historic Places. That’s not stopping Wyatt, a retired educator who bought the school in 2013, from spending his time, energy and money renovating it and planning its return to usefulness. First up is a Sept. 20 reunion for anyone who attended Shaver School between 1936 and 1950. After that, Wyatt wants the 7,300-square-foot building to host church-related flea markets, weddings, meetings, concerts and more. “I want to make it something good for the community,” he said. Having a resident like Wyatt makes it one lucky community already.

“Even though he was 5-foot-something, I always looked up to him. No one was kinder to me than he was.”... read more