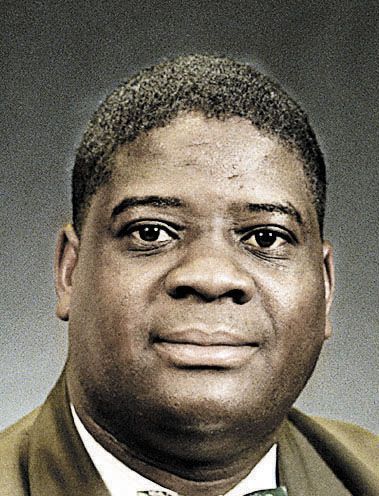 Some Rowan County residents aren’t happy about former East Spencer mayor and convicted felon Kenneth Fox’s appointment to the county housing authority’s board of commissioners, but neither commissioners nor attorneys see a problem with the decision.
The Rowan County Board of Commissioners on Tuesday appointed Fox to the board along with Hattie Johnson, who has two social work degrees and has applied for the board multiple times.
Fox and two other town officials in 2005 pleaded guilty to crimes connected to a scheme to take money from Winston-Salem businessman Rick G. Slade in return for awarding his companies lucrative town contracts from 2000 through 2001. Fox was sentenced to 41 months and served his time at a medium-security federal prison in Bennettsville, S.C., about 70 miles from Myrtle Beach. His actual sentence was 30 months followed by probation.
Following Fox’s appointment, several Rowan residents, including a former vice-chairman of the same housing board, said commissioners made a misguided decision. Rodney Cress, the former vice-chairman, said there were other qualified candidates the county commissioners could have chosen.
“I do have concerns that any felon convicted of the type of crime he spent time in federal prison for be allowed to sit on the board where federal monies are used,” Cress said in an email. “I have never met Mr. Fox and I wish him well, but I must also remember my 30 years of law enforcement where I have seen felons return to their past. For the sake of the hard working staff at Rowan housing, I hope this never happens.”
The county commissioners’ other choices were Olin Miles, the board’s current vice-chairman, and Stephanie Wagner Overly, a Kannapolis resident who is on a separate advisory board for the housing authority.
Fox’s appointment was unanimous. Johnson received three of five votes.
Though some residents were unhappy, county attorney Jay Dees said appointment guidelines don’t prohibit felons from being appointed to boards such as the housing authority.
“There isn’t anything of which I know that would prohibit Mr. Fox’s service from the county side,” Dees said.
Meanwhile, county commissioners justified their decision by saying Fox deserved a second chance.
Jim Sides, chairman of the county Board of Commissioners, said his support for Fox stemmed from a conversation with Vice-Chairman Craig Pierce.
Before Tuesday’s vote, Pierce approached Sides, asking for his support.
“I had already planned to support Hattie Johnson,” Sides said. “It seemed to me like (Fox) was on the move and making his life better.”
Commissioner Chad Mitchell also said Fox’s application showed a commitment to change.
“There’s been no evidence that it would happen again,” Mitchell said.
On the application, Fox clearly disclosed his criminal past. In the same section as his criminal history, Fox said he had received a master’s degree in business and could receive his Ph.D. in 2016.
Kenny Hardin, who has been an activist in Salisbury’s West End, also had positive things to say about Fox since his release from prison.
“All the mouse-pad critics that are disgruntled by his selection to the board had the same opportunity to complete the same application as he did,” Hardin said. “On one hand, those same critics whine about the idleness and recidivism rate, but then contribute to the issue by denying a man the opportunity to progress.”
In an email, Fox said he wasn’t looking for a second chance, but rather to continue his dedication to serve the public.
“I do anticipate and expect that there will be negative responses from some,” he said. “I can only request that those with doubt allow me to demonstrate my good faith and intent to bring value to public services. I would add that I paid my debt to society, and now I seek to assist those of our communities that are in need and advocate for their best interests.”
Fox added that he expects to add value to the housing authority, ensure that policies are balanced and appropriate money equitably.
The Rowan County Housing Authority oversees properties in Kannapolis and East Spencer, according to its website.