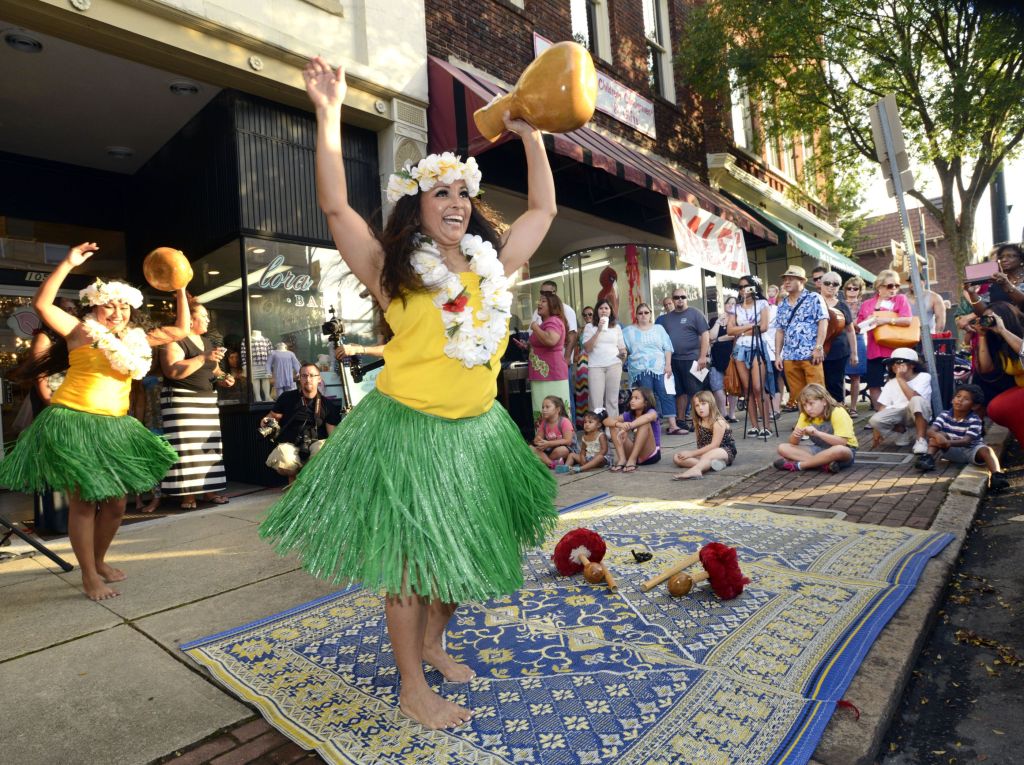 They sang and danced in the streets of downtown Salisbury on Friday.
Well, technically they sang and danced on the sidewalks for the second annual Best Busker’s Bash, a show and contest held in conjunction with the monthly First Friday event series. Shops and restaurants stayed open late for the event.
People strolling around downtown heard bluegrass, folk, soft rock and more, and they watched entertainment including Polynesian dancing.
Whatever talent the performers displayed, they were busking, which is performing music or other entertainment in public, usually while asking for money. The prize at this bash, though, was winning the title of favorite performer as visitors voted for their top picks with guitar picks.