Local reaction to the debate 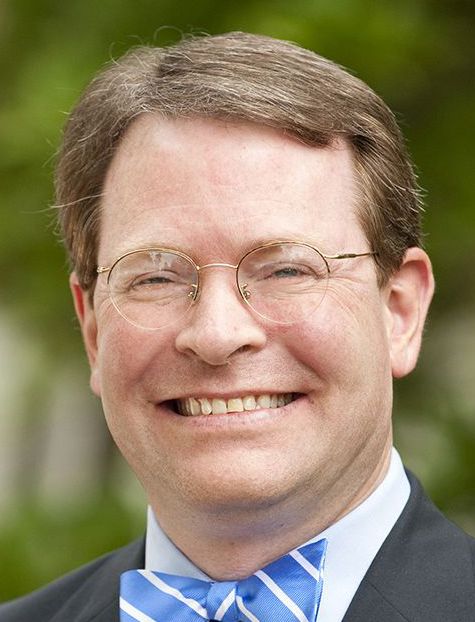 Just hours after incumbent Sen. Kay Hagan and N.C. House of Representatives speaker Thom Tillis wrapped up a Wednesday debate, political groups began releasing evaluations of the results — each claiming a victory for a particular candidate — but the debate may have changed little about undecided voters’ opinion.
The debate addressed myriad issues — education, Medicaid, conflicts in the Middle East, contraceptives and the Veteran Affairs scandal, among others.
The Republican Party backed its candidate — Tillis — following the debate and continued a common theme of tying Hagan to President Barack Obama.
“It’s also clear that Senator Hagan has trouble defending, and even explaining, her own record,” said State GOP chairman Claude Pope in a prepared statement. “Senator Hagan has voted with President Obama 95 percent of the time, and yet at every possible opportunity she desperately tried to separate herself from the disastrous policies she’s consistently voted for in Washington. North Carolinians will not be fooled because Senator Hagan’s liberal record makes clear that she has failed to be an independent voice for our state.”
The statement was nearly identical to Tillis’ comments during the debate.
Part of Hagan’s comments included pointing out that the recently passed, state-wide teacher pay raise wasn’t equal for all.
“We need to respect our teachers and we need to pay them. We have seen an exodus of teachers under Speaker Tillis’ tenure,” she said
Catawba provost and politics professor Dr. Michael Bitzer said this year’s race is shaping up to be one where candidates focus on appealing to their parties. Candidates largely echoed previous political advertisements in Wednesday’s debate.
“While they were talking to each other, they were talking past each other,” Bitzer said. “It was the classic Tillis trying to wrap Kay Hagan around Barack Obama and Kay Hagan trying to wrap Thom Tillis around the general assembly.”
Bitzer said that partisan viewpoints may affect which issues and talking points were more well-received.
“You can’t lump all voters into one group,” he said. “We know Republicans are much more energized to vote this year. What Hagan has to do is get the Democratic base not at its traditional midterm turnout, but more like its presidential turnout and that’s going to be tough.”
Though Hagan ultimately won statewide, Rowan County voters chose Elizabeth Dole for U.S. Senate in the 2008 election by a large margin over Hagan. Dole received 53 percent of the vote, while Hagan only garnered 42 percent, according to Rowan County Board of Elections statistics.
Because the race could be close until the end, Bitzer said even small differences could have an affect on the final election result.
But there’s still plenty of time left, he said, as the election isn’t until early November.
“It was an extremely early debate,” Bitzer said. “You usually see them about two weeks before the election. There may be an outside event that shifts opinion, but the needle didn’t move very much in the debate.”
Wednesday was the first of two debates. The second will be in early October.