Local fan glad he got chance to photograph Joan Rivers 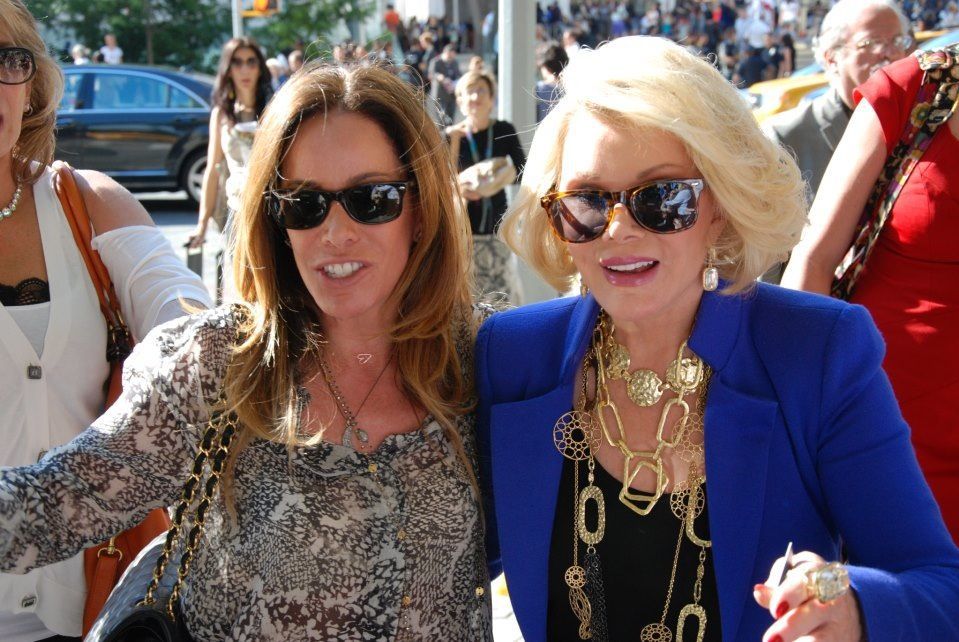 Count Rowan County native Chris Morris among those mourning the death Thursday of comedienne Joan Rivers.
Morris has admired Rivers from afar since early adolescence, and is proud of the photo he took of her just a few years ago.
Some background: Morris, now a United flight attendant based in Newark, N.J., is a photographer at heart. The East Rowan graduate studied photography at Randolph County Community College and interned at the High Point Enterprise.
Though Morris wound up pursuing a different career, he kept taking pictures. He acted as Elizabeth Dole’s photographer when she was sworn in to the U.S. Senate and has been in the right place at the right time to capture many celebrity photos and historic moments through the years.
He even sent the Post a photo in November 2001 of a banner he spotted in New York City that Rowan-Cabarrus Community College had sent to show support for rescue teams at the World Trade Center site after 9/11.
After hearing of Rivers’ death Thursday, Morris sent the Post a photo he took of her and daughter Melissa at the Mercedes Fashion Week in September 2012. In it, Joan is at her glamorous best, her neck draped in gold chains and eyes hidden behind large sunglasses.
“I always thought she was funny,” Morris said Thursday. So much so that he wrote to her when he was in junior high and asked for her autograph.
“She personally wrote me back,” Morris said. She sent him a publicity photo signed with a line that will be familiar to fans: “To Chris — Can we talk?”