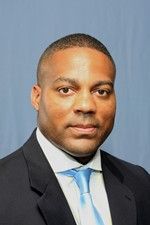 MILLERSVILLE, Pa. — Livingstone’s football team turned the ball over four times and allowed 503 yards in Thursday’s opener at Millersville.
Yet, the bottom line was beautiful. The Blue Bears dodged a late 40-yard field goal that was well off the mark and won 46-44.
The Blue Bears are 1-0 for the first time since 1998.
“You’re supposed to lose with four turnovers and defensive stats like we had,” Livingstone coach Daryl Williams said. “But we never quit. Instead of losing, we found a way. We did it the Livingstone way, and that means excellence from start to finish.”
The Blue Bears’ offensive stats were impressive. Junior Drew Powell, starting for the third year, threw five touchdown passes — all to Jalen Hendricks.
Hendricks had a mind-boggling game with 14 catches for 211 yards.
“Jalen’s waited his turn, and he was ready,” Williams said. “Drew had a few mistakes, but mostly he played the way he played when he was CIAA Freshman of the Year.”
Livingstone was balanced offensively. The Blue Bears rushed for 220 yards. Powell and Clawsondy Cayo ran for touchdowns.
Linebacker Kenneth White was in on 16 tackles for the Blue Bears.
Livingstone trailed 16-13 at halftime. Playing in high-80s temperatures, the Blue Bears came close to wilting. They fell behind 44-26 with 11 minutes left.
“I pulled the guys together and asked them if this was how we were gonna go,” Williams said. “I asked them about six times.”
The Blue Bears’ answer was the one Williams wanted. They turned things around.
It was Powell to Hendricks for a 33-yard momentum-changing touchdown with 10:37 left. That made it 44-32.
“Then we got some defensive stops,” Williams said.
With just 1:26 left, it was Powell to Hendricks for a 16-yard score that cut Millersville’s lead to 44-40.
Then Billy Moore recovered an onside kick, and the Blue Bears had the ball back.
With 50 seconds left, Powell and Hendricks connected one more time, and the Blue Bears took the lead. Then they held on.
“We played a lot of young guys, played some freshmen,” Williams said. “They did a lot of growing up, and I’m so proud of them. Good things need to happen to Livingstone. They did tonight.”
The Blue Bears travel to Georgia to play Payne on Sept. 13.