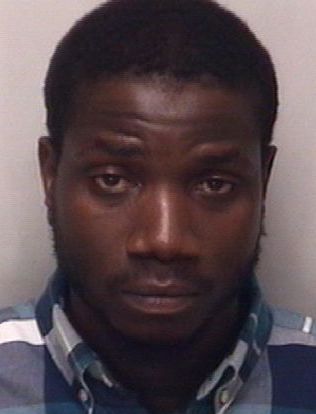 Authorities brought charges against a Salisbury man who they say shot a man in August outside Civic Park Apartments.
Salisbury Police charged William Alantanto Cole Jr., 31, of the 1300 block of Old Plank Road, with felony assault with a deadly weapon with intent to kill inflicting serious injury.
The victim told police he was inside a Dodge pick up at the complex, located in the 700 block of Hall Street, around 1:45 a.m. on Aug. 18 when shots were fired. The pickup was struck four times and one of the bullets struck the victim in the stomach. He was taken to Wake Forest Baptist Medical Center, where he stayed for several days before being released. The victim struck another vehicle with this truck while trying to get out of the parking lot. He drove himself to Novant Health Rowan Medical Center and was later transferred.
Cole was arrested at the Rowan County courthouse. Police said witnesses tied Cole to the incident.
Cole remains in the Rowan County Detention Center under a $250,000 secured bond.
He has been convicted of driving while impaired, speeding to elude arrest, drug possession, assault on a female, possession of a firearm by a felon, driving while license revoked, injury to property and resisting arrest.
Contact reporter Shavonne Potts at 704-797-4253.

Woman locks herself in Zaxby’s office to avoid assailant