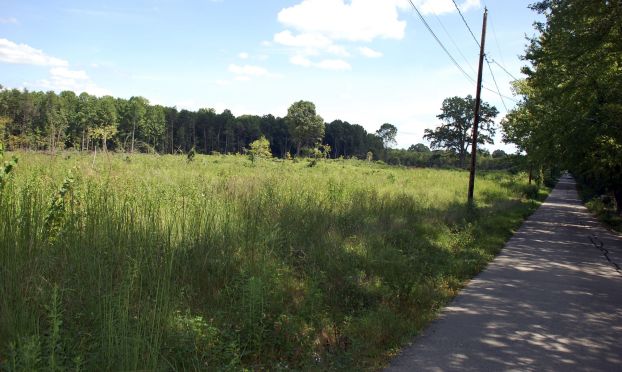 In Salisbury, farming will return to the urban core

SALISBURY — More chickens, cows and crops could be in the city of Salisbury’s future.
Salisbury City Council approved Tuesday a text amendment to the city’s Land Development Ordinance which will allow urban farms and pave the way for Livingstone College to revive a former farming operation on 40 acres stretching from the area of Brenner Avenue, Milford Hills Road and Locke Street.
The college already has cleared significant portions of the land where its urban farm will operate in support of Livingstone’s culinary program.
Within institutional campus (IC) zoning, which includes Livingstone property, urban farms will be allowed to engage in wholesale or retail crop production; dairy cattle and milk production; poultry and egg production and hatcheries; sheep and goat farming; fish hatcheries and fisheries.
They also will be allowed to have contained composting or vermiculture facilities, as long as they are part of a regulated conservation plan.
As now defined in the Land Development Ordinance (LDO), urban farms are meant to reintroduce and increase access to seasonally grown and processed foods.
The urban farms are intended “for tourism, education, training and/or small scale retail or wholesale purposes,” the LDO says.
Urban farms will be allowed in several districts, besides institutional campus, including areas zoned as corridor mixed-use, highway business, downtown mixed-use, hospital services and light industrial.
In the light-industrial areas, urban farms would be limited to wholesale crop production and animal production, which could include slaughter within a fully enclosed facility.
Swine would be excluded, however, because the slaughter of hogs is regulated separately by the state.
Livingstone College first approached the city in December 2013 about its interest in having a farming operation on the school land, located north of the Eaman Park neighborhood.
The college had retained the services of agriculture/farming consultant Joe Fowler and said it would be partners with the SEED Foundation.
Senior Planner Preston Mitchell said Tuesday’s text amendment was the city’s first step toward allowing and encouraging “local food economies.” It’s bringing farming back to the urban core, he noted.
At a public hearing, no one spoke for or against the text amendment to allow urban farms.
Councilman Brian Miller asked the difference between urban farms and what would be considered home gardens and community gardens.
Mitchell said urban farms are more about commerce and have wholesale and retail aspects to them. He stressed that the city is in no way discouraging personal or community gardening.
Under the definition for urban farming, the LDO says, “Urban farms are not to be confused with homesteading, subsistence farming or community gardens; they are intended to be developed as educational, informational or training farms that assume a limited level of commerce.”
Council approved the text amendment by a 5-0 vote.
In another matter related to Livingstone College Tuesday, council voted 5-0 for rezoning 14 acres, which include the former Holiday Inn, from highway business to institutional campus.
The property is located at 530 Jake Alexander Blvd. South.
Livingstone College has an option on the former hotel and hopes to convert it into dormitories, meeting space, classrooms and kitchen facilities for its culinary/hospitality program.
Councilman William “Pete” Kennedy said he was disappointed when the former hotel closed, knowing the city would lose some important tax base. Kennedy noted some tax revenues would be replaced by a new Holiday Inn Express, and he said he was happy the former Holiday Inn was finding an adaptive reuse and would not sit vacant.
In another rezoning case, council voted 4-0 to rezone the former Coca-Cola bottling plant at 1828 S. Main St. from corridor mixed-use to highway business.
Miller was excused from the discussion and vote because he brought up a potential conflict in his role as a banker.
Mitchell said a developer for the three-acre site wants to convert the former plant into flex space for start-up businesses. Proposed uses include an aquaponics operation and a specialized plumbing supply business.

Shiny, new ambulances could soon be roaming the streets of Salisbury. As a part of an annual replacement program, the... read more