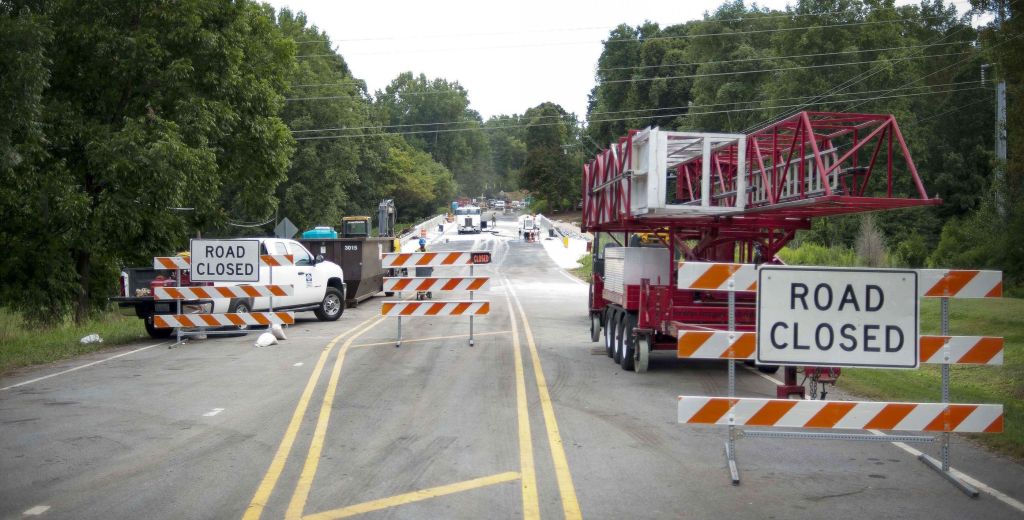 The new West Innes Street bridge over Grants Creek should be open for traffic on Monday, a N.C. Department of Transportation official said Thursday.
“They’ve got the majority of the work done,” said Matt Jones, the bridge program manager for Division 9, which includes Rowan County. “They’ve just got a few small items to take care of, so at some point Monday, it’ll get opened up.”
The bridge, between Catawba College and the entrances to the Crescent and Eagle Heights subdivisions, has been closed since early February.
The 74-year-old bridge, which was designed to last 50 years, carried about 8,800 cars daily and had been classified structurally deficient because it wouldn’t accommodate the 80,000-pound weight limit required on state roads.
State officials had hoped to get the new bridge built and opened before the start of school on Aug. 25, but as residents and school bus drivers know, that didn’t happen.
Jones said there’s a “small chance” the bridge could open before Monday, but contractor Crowder Construction of Charlotte doesn’t expect that.
And drivers shouldn’t count on using it Monday morning. Jones said the Transportation Department expects the opening “would probably be that evening, to be safe.”