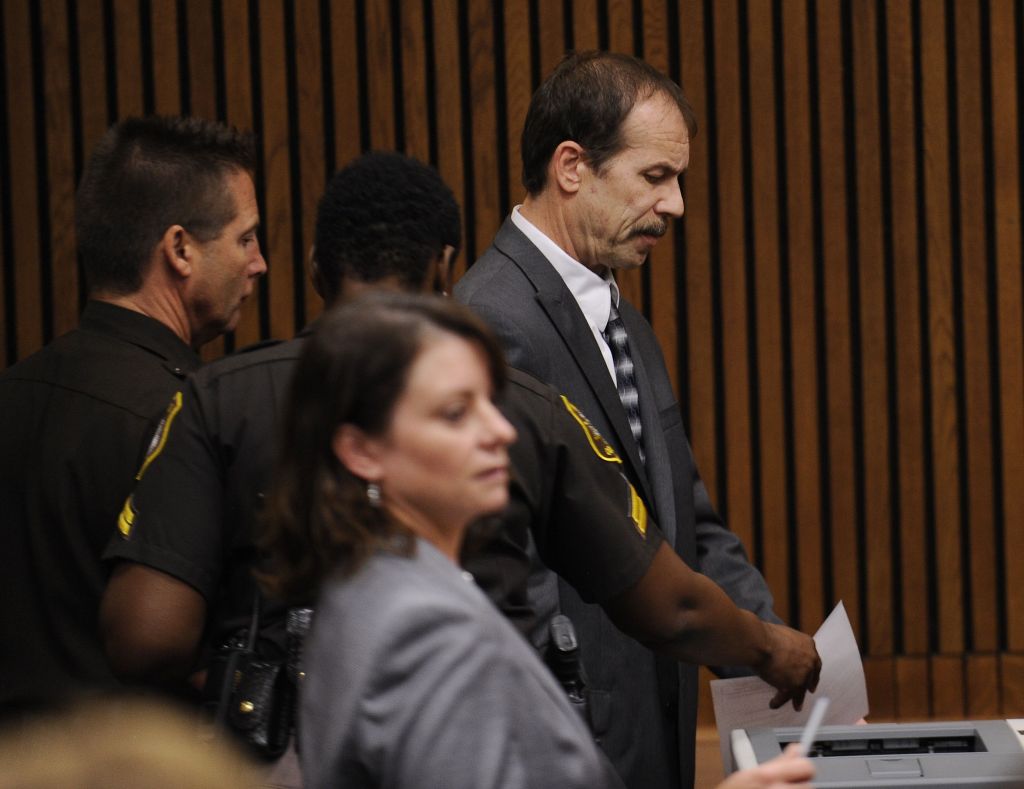 DETROIT (AP) — A suburban Detroit man who killed an unarmed woman on his porch instead of calling police was sentenced Wednesday to at least 17 years in prison after telling the victim’s family he would carry “guilt and sorrow forever.”
Wayne County Judge Dana Hathaway followed the recommendation of prosecutors in the case of Theodore Wafer, who was convicted of second-degree murder in the death of 19-year-old Renisha McBride.
Wafer, 55, of Dearborn Heights opened his front door and shot McBride through a screen door Nov. 2. He said he was awakened by pounding before dawn and feared for his life. A jury rejected his self-defense claim.
“Although the evidence clearly showed that Miss McBride made some terrible choices that night, none of them justified taking her life,” the judge said. “I do not believe that you’re a cold-blooded murderer or that this case had anything to do with race or that you’re some sort of monster.
“I do believe that you acted out of some fear but mainly anger and panic,” Hathaway said. “An unjustified fear is never an excuse for taking someone’s life. … So what do we have? One life gone and one life ruined.”
No one knows why McBride ended up at Wafer’s home about 4:30 a.m. Prosecutors speculated she may have been seeking help hours after crashing her car about half a mile away in Detroit. An autopsy revealed she was extremely drunk.
Wafer is white and McBride was black, and some wondered in the aftermath of the shooting whether race was a factor, likening it to the shooting of Florida teenager Trayvon Martin. But race was hardly mentioned at trial.
With his back to the courtroom gallery, Wafer told the judge that he killed a woman who was “too young to leave this world.”
“I will carry that guilt and sorrow forever,” he said, often pausing to control his emotions.
Wafer was convicted last month of second-degree murder, manslaughter and unlawful use of a gun. The trial centered on whether he had a reasonable and honest belief that he was in peril. He said he couldn’t immediately find his cellphone to call 911 and grabbed a shotgun instead.
He first suggested to police that it was an accident but later admitted to intentionally pulling the trigger.