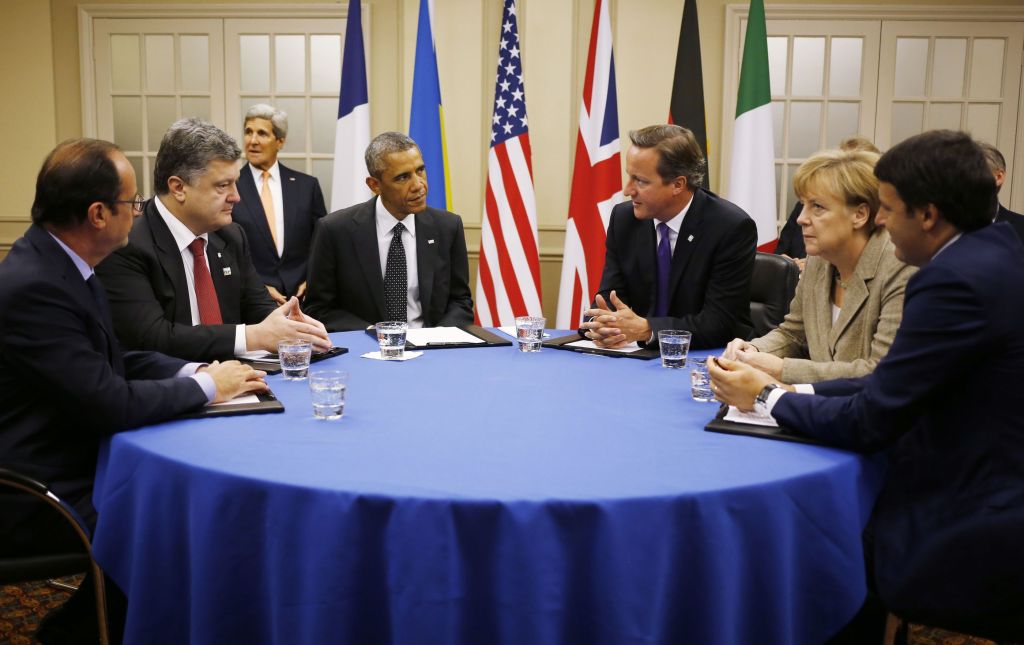 Your daily look at late-breaking news, upcoming events and the stories that will be talked about today:
1. US, UK WILL ‘NOT BE COWED’ BY MILITANTS
Obama and Cameron declare that their nations will “be forthright” in the defense of their values from extremists who have ruthlessly taken over large areas of Iraq and Syria and killed two American journalists.
2. POLAND, BALTICS EXPECT MORE THAN WORDS FROM OBAMA
NATO’s eastern European members want permanent bases with troops on their land – a request unlikely to be granted due to the alliance’s 1997 agreement with Russia.
3. US TO INVESTIGATE FERGUSON POLICE
The Justice Department plans to open a probe into the practices of law enforcers following the shooting of an unarmed black 18-year-old in the St. Louis suburb.
4. AL-QAIDA CLAIMS NEW OUTPOSTS
The group’s leader says in a video statement that it has expanded into the Indian subcontinent to “wage jihad against its enemies.”
5. WHICH CURE EXPERTS PROPOSE FOR EBOLA
Without any licensed drugs or vaccines for the deadly disease, some researchers say the blood of survivors is worth a shot.
6. IMAGINE JOHN LENNON’S LINK TO IMMIGRATION DEBATE
The argument over Obama’s legal authority to defer deportations begins 42 years ago with a bit of hashish, a dogged lawyer and, yes, the famous singer and Yoko Ono.
7. MILLENNIALS LESS TRUSTING THAN GEN X
A new study finds that today’s youth are often more skeptical of the country’s institutions than the young generations that preceded them.
8. WHOM CHINA TARGETS TO COERCE ACTIVISTS
To force politically active citizens into submission, Chinese authorities routinely pressure their family members, friends and associates.
9. HACKED PHOTOS OF STARS FIND ‘SAFE HARBOR’ ONLINE
U.S. law doesn’t require websites to block revealing photos stolen from celebrities.
10. WHAT IS OFFERED FOR SALE IN MAINE
Over the last 14 years the federal government has gotten rid of more than 100 lighthouses, which often become everything from museums to bed-and-breakfasts.