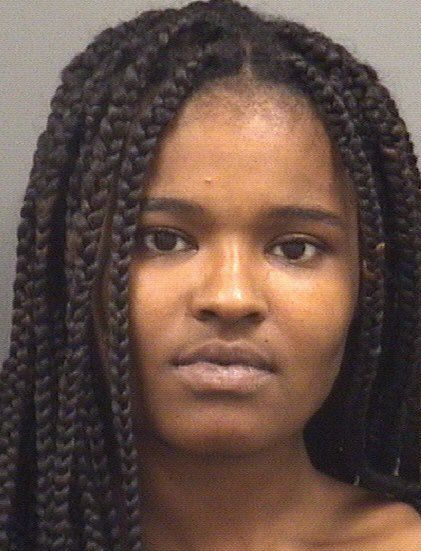 Police were called to a Salisbury apartment Monday night following a 911 call that children were left at home by themselves.
A caller said the resident got mad at someone and left the children unattended, according to Salisbury Police Capt. Shelia Lingle.
Police went to the home of LaTanya “Tangie” Louise McCullough, 26, of Victory Street, around 11 p.m. Monday. A child came to the door, asked who it was and the officer identified himself so the child opened the door.
There were four children ages 2, 3, 5 and 7 at the home.
A woman drove to the home looking for her 16-year-old cousin, but did not find them. The woman returned a short time later and said she knew the children’s grandmother and a great-grandmother, both of whom were called to the apartment, a report said.
A police report said the home was unsuitable for children and officers found cockroaches in the home including in the refrigerator with food that was not fit to eat.
The report said McCullough arrived home about 1:50 Tuesday morning and told police she’d been gone only 30 minutes. Police informed McCullough they’d been at her home for a couple of hours.
McCullough was charged with four counts of misdemeanor contributing to the neglect of a minor. She has since been released from the Rowan County jail under a $3,000 secured bond.
The Rowan County Department of Social Services was called to look into the matter.
McCullough has been convicted in the past of possession of drug paraphernalia, fictitious information to law enforcement, open container of alcohol after consuming and operating a vehicle without a license, all of which are misdemeanors.