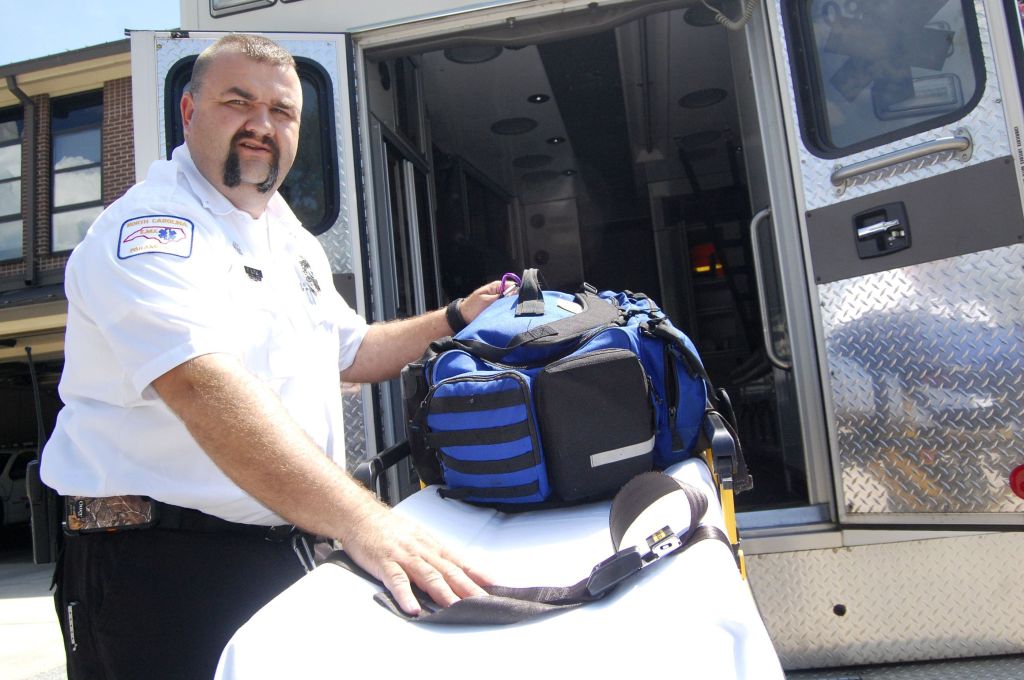 Shiny, new ambulances could soon be roaming the streets of Salisbury.
As a part of an annual replacement program, the Rowan County Department of Emergency Services is planning to purchase two ambulances this fiscal year and sell old ambulances to other organizations.
The department on Tuesday opened three bids for ambulances. Two of the three came in under the department’s budgeted amount of just over $327,000. First Class emergency vehicles, based in Monroe, submitted two different bids from separate manufacturers. First Class’ two bids equaled $312,906 and $299,970. The third bid came from Select Custom Apparatus, which has offices in Pitt County, at $327,550, which emergency services chief Frank Thomason would be over the budgeted amount once taxes are factored in.
Lennie Cooper, the division chief of emergency medical services, said prices wouldn’t be the primary factor in deciding who the bid is awarded to. Cooper added that being able to replace vehicles each year is important to keep maintenance costs under control.
“If we were to not receive those two vehicles per year then the mileage would get to the point that we would be spending more for repairs than the value of the vehicle,” he said. “Those repairs are costly downtime. If we’ve got 11 trucks and run eight all the time and four in the shop that means we are one truck short. The most important part of it is keeping them available to run calls.”
The Department of Emergency Services actually received three ambulances last year because an additional EMS station was added, Cooper said. In the 2012-2013 fiscal year he only received one extra ambulance because of budget constraints. He said the department aims to replace vehicles about every four years or after racking up 150,000 miles.
Its 11 total ambulances include three that are specifically designated as reserve vehicles.
A manufacturer switch is the biggest difference between the current ambulance fleet and Tuesday’s bids. Cooper said his division is moving to Ford, gas-powered vehicles instead of General Motors, diesel-powered vehicles.
“Everybody is looking for another solution at this point,” he said. “I can name four other counties that are having the same problems with the GMC chassis. We discovered that the [GMC] chassis is not strong enough for what we are doing with it.”
He said Stanly County EMS uses Ford vehicles and is seeing positive results.
The vehicles may not arrive for six months because of time needed for manufacturing the ambulances, Cooper said. Once the department decides on a bid, it has to be approved by the Rowan County Board of Commissioners, which meets again on Sept. 15.
“It’s not like we’ve got trucks broken down, waiting on replacements,” Cooper said. “We try to start early in case there are problems, like having to rebid it.”
The Department of Emergency Services previously used its older vehicles to reduce costs of newly purchased ambulances by trading them in, Thomason said. This year, he said the department would sell the vehicles outright to another medical organization. He said selling the vehicles would bring in more money than a trade-in.