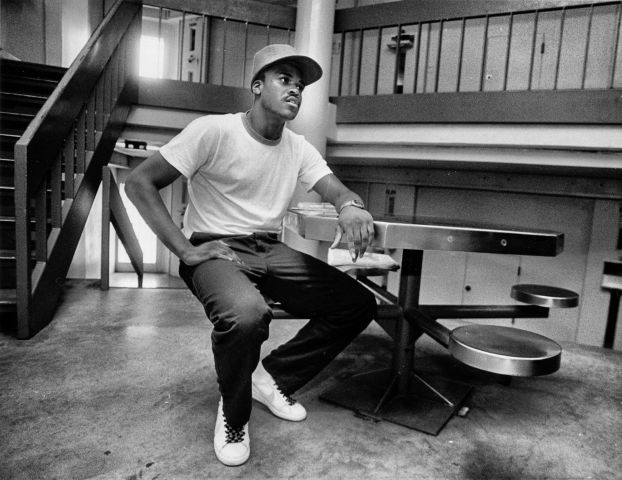 2 on death row have convictions overturned

LUMBERTON — One of North Carolina’s longest-serving death-row inmates and his half brother are being freed after three decades in prison after another man’s DNA was discovered on a cigarette butt left near the body of a girl the siblings were convicted of killing.
On Tuesday, a judge overturned the convictions of Henry McCollum, 50, and Leon Brown, 46, in the 1983 rape and murder of Sabrina Buie, citing the new evidence that they didn’t commit the crime. The ruling is the latest twist in a notorious legal case that began with what defense attorneys said were coerced confessions from two scared teenagers with low IQs. McCollum was 19 at the time and Brown was 15.
Superior Court Judge Douglas Sasser said the new DNA results contradicted the case prosecutors put forward.
He said he was vacating their convictions and ordering their release “based on significant new evidence that they are, in fact, innocent.”
Family members of the men gasped and some sobbed as the judge announced his decision to the packed courtroom. Brown smiled and shook a defense lawyer’s hand and McCollum looked spent and relieved
“We waited years and years,” said James McCollum, Henry McCollum’s father. “We kept the faith.”
Defense lawyers petitioned for their release after a recent analysis from the butt pointed to another man who lived near the soybean field where Buie’s body was found in Robeson County. That man is already serving a life sentence for a similar rape and murder that happened less than a month later.
Because of paperwork, it will likely take until Wednesday for the men to walk free, said Keith Acree, spokesman for the state prison system. They are required to return to the prisons where they have been serving time before they can be processed out.
The men’s freedom hinged largely on the local prosecutor’s acknowledgement of the strong evidence of their innocence.
“The evidence you heard today in my opinion negates the evidence presented at trial,” Johnson Britt, the Robeson County district attorney, said during a closing statement before the judge announced his decision. Britt was not the prosecutor of the men.
Even if the men were granted a new trial, Britt said: “Based upon this new evidence, the state does not have a case to prosecute.”
Minutes later, Sasser made his ruling.
The day-long evidence hearing included testimony from Sharon Stellato. The associate director of the North Carolina Innocence Inquiry Commission discussed three interviews she had over the summer with the 74-year-old inmate, who was convicted of assaulting three other women and now suspected of killing Buie. The Associated Press does not generally disclose the names of criminal suspects unless they are charged.
According to Stellato, the inmate said at first he didn’t know Buie. But in later interviews, he said the girl would come to his house and buy cigarettes for him.
The man also told them he saw the girl the night she went missing and gave her a coat and hat because it was raining, Stellato said. He told the commission that’s why his DNA may have been at the scene. Stellato said weather records show it didn’t rain the night Buie went missing or the next day.
Stellato also said the man repeatedly told her McCollum and Brown are innocent.
Still, he denied involvement in the killing, Stellato said. He said the girl was alive when she left his house and that he didn’t see her again. Buie was found in a rural soybean field, naked except for a bra pushed up against her neck. A short distance away, police found two bloody sticks and cigarette butts.
The DNA from the cigarette butts doesn’t match Brown or McCollum, and fingerprints taken from a beer can at the scene aren’t theirs either, attorneys say. No physical evidence connects them to the crime.
Both were initially given death sentences, which were overturned. At a second trial, McCollum was again sent to death row, while Brown was convicted of rape and sentenced to life.
Lawyers for the two men said the new testing leaves no doubt about their clients’ innocence.
“We were very hopeful that it would come out this way. We knew the strength of it,” said James Payne, an attorney for Brown.
Ken Rose, a senior staff attorney at the Center for Death Penalty Litigation in Durham, has represented Henry McCollum for 20 years.
“It’s terrifying that our justice system allowed two intellectually disabled children to go to prison for a crime they had nothing to do with, and then to suffer there for 30 years,” Rose said.
He also credited Britt for making the right choice.
“I give him a tremendous amount of credit. I think a lot of prosecutors would not have done what Mr. Britt did today,” he said after the hearing.
The men’s cousin, 52-year-old Ted Morrison of Jersey City, New Jersey, walked out of the courthouse and exclaimed: “Free at last! Thank Robeson County they are free at last.”
Still, he said the result was bittersweet for his family and for Buie’s.
“There are no winners. Because they lost somebody, and we lost two people 30 years.”
———
Associated Press writer Michael Biesecker contributed from Raleigh.
———
Follow Associated Press writer Jonathan Drew at Twitter.com/JonLDrew