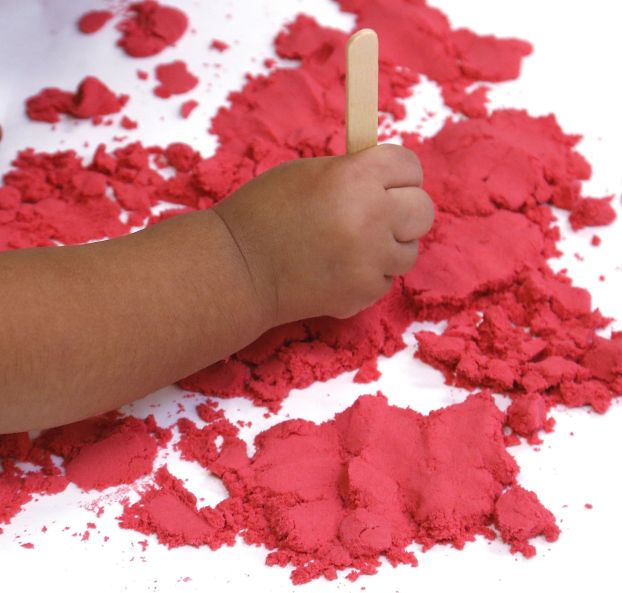 DALLAS — A generation or so ago, even the best day care centers were mostly about keeping little kids clean and fed and away from chomping on each other. These days, the best-respected programs have curriculums and lesson plans and assessment goals. Even for infants.
What happened? Science happened. Experts on early childhood education have reached a broad but hardly unanimous consensus about what best helps the youngest children learn. And most of those experts assume that what’s done in those earliest years has profound effects for the rest of our lives.
Political and public support for early ed is easy to find nationally. President Barack Obama talked about it in a State of the Union message and has called for a boost in birth-to-5 education programs.

There is general agreement among researchers that early ed is much more important than people used to think. Some of the results of that can be found in day care centers and pre-kindergarten programs across the country.
Summer break ended last week at the ChildCareGroup center in Oak Cliff. The small class of kids surrounding instructor Crystal Wallace ranged from a 6-month-old who just arrived to a 3-year-old about to move that very day into a class of older students.
Wallace read from the book “Violet’s House” while keeping up a steady conversation (“Soft touches! Careful of the baby!”).
In the literacy corner of Wallace’s classroom, signs lined the walls, none much higher than a 3-year-old’s eye level. “How do you feel today? Como te sientes hoy?” Even though none of Wallace’s charges were likely to be able to read a word of it.
“We want a very print-rich environment,” said Tori Mannes, president and CEO of ChildCareGroup.
That’s in keeping with a belief that hearing words and having them pointed out helps even the smallest children start to make an association between the sounds and those funny markings. But that belief is relatively recent.
A century ago, the consensus position was that children were basically miniature adults, to be trained and put to work as soon as they were large enough to contribute. About 50 years ago, the work of a Swiss psychologist named Jean Piaget started to shatter that model. Piaget watched very young children (particularly his own) and realized that their abilities to perform mental tasks seemed to follow a predictable progression and timeline.
That led in the 1960s to programs that tried to tie education with the developmental schedule created by Piaget and other researchers.
Later researchers found evidence that stuff was going on in tiny noggins, stuff that observers like Piaget simply couldn’t see. Studies on physical brain development — most of it on animals — suggest that a lot of the brain’s internal wiring happens in the first year or two of life.
The theory is that even children who can’t talk are absorbing a lot more information than Piaget and his peers might have thought. And over the past couple of decades, that theory is finding its way into classrooms and public policy debates.

But here’s a dirty secret about education policy: Despite the seeming certainty of the public and political rhetoric, the research behind most education theory generally includes huge uncertainties and comes with cautionary notes about making too much out of small studies. Those “howevers” tend to get stripped out when the debate leaves academia.
Partly, that’s because most of us think we’re education experts, said Matthew Makel, a researcher at Duke University who just co-authored a peer-reviewed paper about gaps in education research.
“Education is unique in that everyone has experience with the topic because everyone can refer to their own education,” he said. “Very few people have any experience similar to conducting brain surgery, so it’s harder for us to ‘backseat drive’ research on that topic.”
In that dismal environment, some experts say that early childhood education provides the best evidence for what should work. For some, that’s because the physical facts about developing brains are better grounded than social science research.
Others say that education experiments on smaller children are less prone to some of the issues that can make the lives of older kids so chaotic.
So what do scientists think they know about young brains? There’s a wide belief that more brain connections form in the first three years than will ever be connected again. The assumption is that stimulation at that young age sets a pattern.

An often-quoted example is the idea of the “word gap.” In the 1980s, two researchers named Betty Hart and Todd Risley found 42 families in Kansas willing to be observed for months at a time for several years. The researchers concluded that children in the poor families heard about 30 million fewer words in the first four years of life than those in wealthier families. And follow-up work indicated that there was an education achievement gap that seemed to be associated with the word gap.
If the brain researchers are right that what’s done to the early brain is so important, then the difficulty of a child catching up from that early gap only grows over time.

What researchers were discovering didn’t get quickly translated to where the teachers were working. A moment where that changed was the publication of “From Neurons to Neighborhoods” in 2001. The book, produced by the federal National Research Council and Institute of Medicine, was an attempt to put in one place what top scientists thought they knew about early childhood education, and to do it in a way that educators could understand and use it.
Some of it was a sober debunking of fads. But it did present the best evidence at the time for the importance of well-planned educational programs that start with the tiniest children.
The book had a huge impact on people like Carol Shattuck, president of Collaborative for Children, a Houston nonprofit.
“That book really made a difference for me,” she said. “I remember when I found out about it and read it.”
ChildCareGroup mostly serves about 600 kids in six centers, with another 175 served by educators visiting homes. But this is hardly the only kind of place where an emphasis on very early education can be found.
Consider the Dallas’ Perot Museum of Nature and Science that opened in 2012. In the old science museum at Fair Park, the infant area wasn’t much different than you’d find at a mall: A clean, carpeted, enclosed space for babies to crawl.
At the Perot Museum, that space is a lot more complex. A circular bench for parents surrounds a carpeted area, true. But every few feet, along the inner wall of that bench, are items for crawlers and toddlers to find and play with, all with a specific educational value.

“Even for the youngest of babies there is a overhanging cloud going on there,” said Bette Schmit, a museum designer who was responsible for that part of the Perot. “It gets their eyes to focus. That is the business of the first months of life.”
Do any of these programs do any good? Advocates say that evaluation of early ed programs is hard because too many simply aren’t done very well. So programs do the best they can with the best staffers and science the organizers can find.
“The child of today can’t wait,” said Shattuck, “so we do the best we can with the knowledge that we have.”