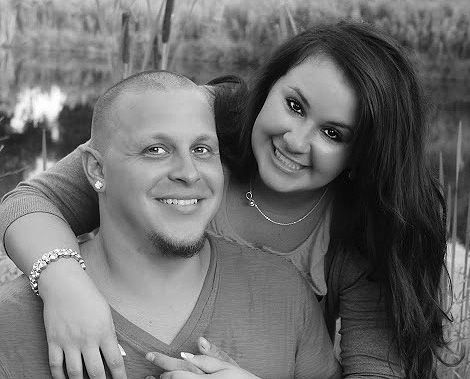 Carl and Angela Stein, of China Grove, and Eugene and Anita Waller of Salisbury are pleased to announce the engagement of their daughter Regina Leigh Stein, to Louie Wallace Dustin Poplin son of Louie and Lois Poplin of New London.
Regina is the granddaughter of Joe and Sharri Stein of Richfield and Nink and the late Pattie Harrison of Albemarle. A 2007 graduate of East Rowan High School, she received her license as a Registered Dental Hygienist from the NC State Board of Dental Examiners in 2013 and is a RDH in the Rowan County area.
Dustin is the grandson of Josephine and the late Harold Dennis of Millingport and the late JC and Jewel Poplin of New London. A 2002 graduate of North Stanly High School, in 2004 he completed studies at Universal Technical Institute where he became national certified by NATEF. Dustin is currently a diesel specialist, fabricator and welder at Reynolds in Indian Trail.
The couple met in 1999 at Tyro Motor Speedway where Regina developed a teenage crush on Dustin. As the years went by, Dustin and Regina reconnected in 2012 and as fate had it, they fell in love. In May of 2013, Dustin proposed to Regina, and she said yes.
The wedding is May 2, 2015, at Il Bella Gardens in Albemarle.

From Bible college to university