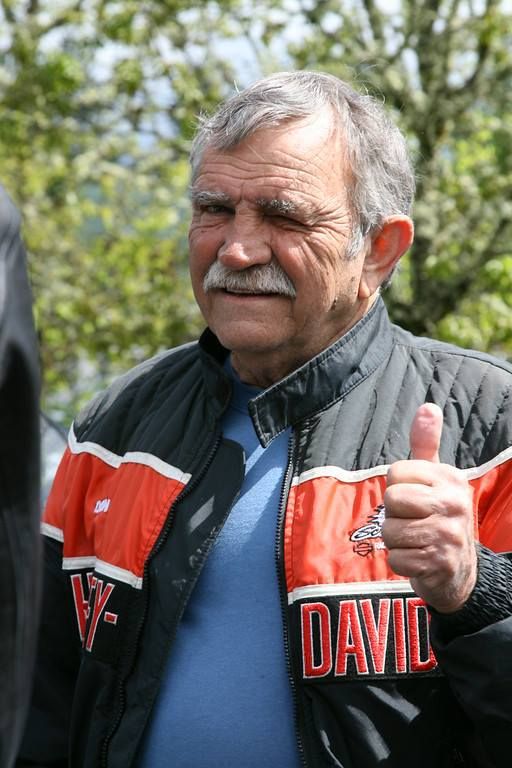 Don Tilley, owner of the popular Tilley Harley-Davidson stores in Statesville and Salisbury, died in a motorcycle accident Friday evening on the Blue Ridge Parkway near Asheville.
He was 78. Tilley’s wife, Robinette, was riding with her husband. She was critically injured when their motorcycle left the parkway at mile post 394 in Buncombe County, according to U.S. park rangers.
“The motorcycle world is so upset right now,” Janice Thompson, an employee at the Salisbury store, said Saturday afternoon.
The Tilleys were part of a ride originating in Nashville, Tenn., at the Harley-Davidson dealers show. The accident involved only the Tilleys’ motorcycle.
On his Facebook page Saturday, NASCAR driver Kyle Petty recalled that Don Tilley worked for his father, Richard, and his grandfather, Lee, around the time Kyle was born.
“I knew him my whole life,” Petty said. “Even though he was 5-foot-something, I always looked up to him. No one was kinder to me than he was.”
Petty said Tilley taught him how to ride long distances and gave him a love for Harley-Davidsons.
“But most importantly he taught me how to be a friend,” Petty said. “I loved him so much.”
Thompson said everybody seemed to know the Statesville native, making his death difficult Saturday for customers and employees.
“Harley people are a family,” Thompson said.
Both the Statesville and Salisbury stores were open Saturday. Thompson said that’s the way Robinette would have wanted it.
The Salisbury store opened in 1999 at a different location than the large showroom, store and repair facility along Interstate 85 that Tilley Harley-Davidson built and moved into in December 2006.
Thompson said the Salisbury store was Don Tilley’s “pride and joy.”
Don and Robinette Tilley started their business in 1972 in Statesville, where they lived. Robinette managed the Statesville store. Tracy Edwards heads the Salisbury location.
Don Tilley often rode over to the Salisbury location on his Harley-Davidson motorcycle.
According to the company’s website, racing always has been a big part of Tilley Harley-Davidson’s history, including motocross, flat tracking, drag racing and road racing.
Tilley Harley-Davidson was part of road racing championships won by Gene Church in the 1980s and Scott Zamprach in the 1990s.
With Don Tilley preparing the bikes, Tilley Harley-Davidson teams won nine different national championships, according to a company history.
Driver Tripp Nobles won a Drag Racing National and East Coast Championship for Tilley in 2004.
In the late 1950s, Don Tilley raced stock cars and motorcycles while working for a Harley-Davidson dealership — not his — in Statesville.
He raced several times in the 1960s on the Grand National circuit, including twice at Daytona International Speedway. It was during that period he also worked for Richard Petty.
“We ask that everyone keep the entire Tilley family in their thoughts and prayers,” the Tilley Harley-Davidson Facebook page said Saturday afternoon. “We thank you all for your love and condolences and appreciate the many years of loyalty to the Tilley Harley-Davidson family.”
The message added Tilley “will be missed by all.”
Don Tilley is survived by three children, Derrick, Donna and Denise, and several grandchildren.
Contact Mark Wineka at 704-797-4263.