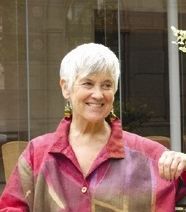 The rule of law … love

The 19th century poet and abolitionist, John Greenleaf Whittier, sums it up for me:
The letter fails, the systems fall,
And every symbol wanes;
The Spirit overbrooding all,
Eternal Love, remains,
. . .
The rule of Love beyond all law.
A display titled Celebrating the Rule of Law — honoring 150 years of jury law in Massachusetts — sat front and center of the jury pool room. Brimming with people like me, called to serve. Awed. Reluctant. Apprehensive.
So focused that day on “will I be called? how long will this take?” that the display hadn’t caught my attention.
When it did, it really did! Celebrate the rule of Law. How provocative. Fitting, of course, right there in the Suffolk County Courthouse, near where John Adams first asserted a jury of peers as fundamental to any government. Today it’s not unusual to hear scorn for the rule of law among the sweetest people, despairing over disregard of just rules — from dishonest display in grocery stores, to misuse of corporate funds, to horrific hatred and killings . . .
The display noted how basic and foundational to the establishment of laws in the United States and hence everyday life in general, my life — Moses’ Ten Commandments had become. For centuries this Decalogue has guided just behavior, gracious communities, balanced families. And yes, judicial systems that include a jury of peers. Healthy standards spring up when theft, murder are not condoned; respect for parents, neighbors encouraged. Encouraging the high goal to serve Good itself. To serve each other.
Right there in that jury room, my private celebration of Love’s rule released my anxieties. The tender aroma of a law of a Divine presence slid in, soothing my soul. As if soaring on wings of peace — everyone the world over bound together. I revel still in the recollecting, in its promise.
Favorite scripture come to mind, including Jesus’ admonitions filled with promise, laced with love for his God and for everyone, whatever god they served.
And just think how many of us reach each day for soul-soothings in regard to rule of law in all societies. So I think on Christ Jesus. For it appears to me that divine Love laces his rules with sweet promise. And he backed that familiar statement, “love your neighbor as yourself,” not only with his actions but illustration after illustration. His story known as the Good Samaritan, tugs at our collective conscience these hundreds of years later. Melts hearts into unselfed submission. Not mere human kindness — that isn’t enough. The love he called on seeks to purify society itself of whatever terrorizes, demeans. Or diminishes innocence.
And that’s where the soul-soothing overtook me: considering the Master of goodness … the God of Jesus. Reinforcing the wonder that goes hand-in-hand with celebrating Love’s law, which exercises the details. Proves the powerlessness of evil, doubt, confusion, greed, horrific acts — when faced down with pure Love. I believe that. I’ve seen it. Which affirms for me that Love’s law is all that matters, any moment. Everywhere. A law for each of us to trust and delight in.
And when 7,000 people come together in Tel Aviv chanting “Jews and Arabs refuse to be enemies,” I know I’m not the only one believing in the rule of Love’s love. And as The Christian Science Monitor newspaper recently reported — little has been said about “the courageous few who protect those of another faith, or the activists who seek to change government policy. The Kurds in Iraq are welcoming Christians forced to flee from the Islamic State … In Pakistan, after a deadly church bombing, Muslims formed human chains to protect Christian worshippers. After attacks on mosques in London, Jews formed neighborhood watch teams to enable Muslims to attend services. In the Central African Republic, Roman Catholic and Muslim leaders have teamed up to protect people fleeing sectarian massacres” (8/11/14).
Truly good-Samaritan acting. Cementing foundations for a higher humanity.
“Love is more important than anything else,” wrote the Apostle Paul. “It is what ties everything completely together” (Colossians 3:14 CEV). In other words, as Mary Baker Eddy — founder of the Christian Science church — wrote, “Love is the fulfilling of the law.”
Yes, soothing all souls … binding together.

Patricia Kadick lives in Salisbury and belongs to the Christian Science church on Statesville Blvd.

Many people ask, “What is Cooperative Extension?” Just the other day, I was asked about “my business” because of the... read more