‘Voices From the Margin’ 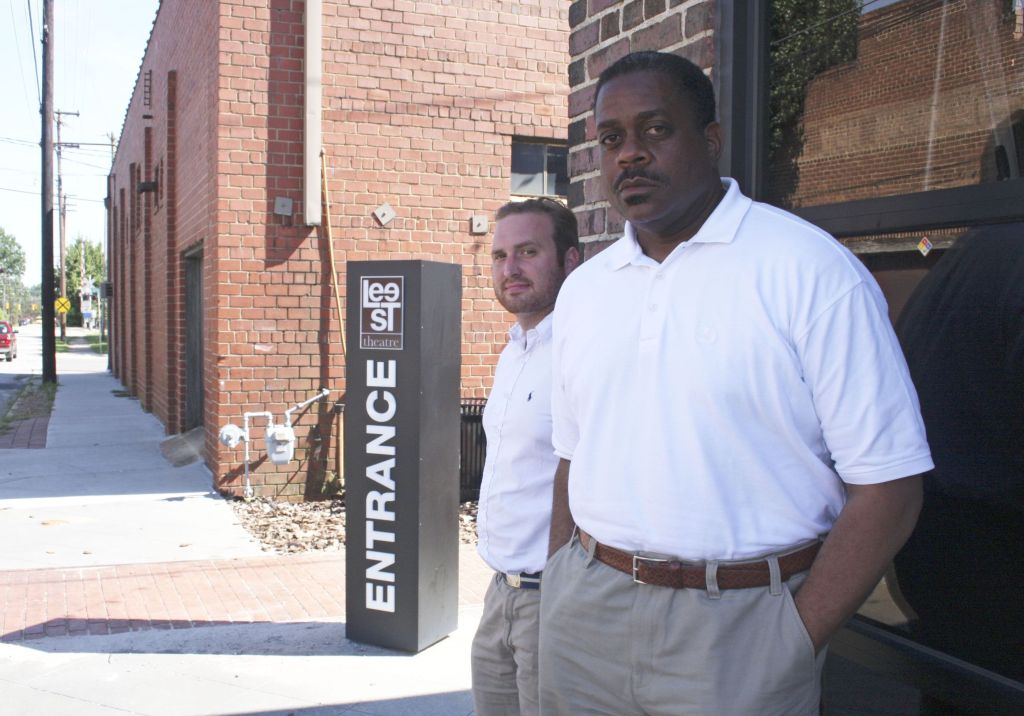 Justin Dionne has never stepped foot in Rowan Helping Ministries.
Until now.
Dionne, managing artistic director of Lee Street Theatre, and Brian Daye, an actor, writer and director, have worked together to produce “Voices From the Margin.” The show, featuring monologues based on conversations with shelter guests, will take place at 7:30 p.m. next Thursday, and Friday, Sept. 4-5 at the theater, 329 N. Lee St.
A suggested donation of $15 will be taken at the door. All proceeds go to benefit RHM.
The show was the brainchild of a member of the Covenant Community Connection, which is a show sponsor, along with St. John’s Lutheran Church and its Poverty Initiative, David Post, Raymond and Kay Coltrain, Jack and Lynda Errante, Teresa Adams and Rev. Fleming Otey.
The idea of monologues appealed to Dionne, who decided the focus should be on homelessness. After all, the community had just opened a new homeless shelter this spring.
“I grew up here and I went to school here,” Dionne says. “I’ve seen our homeless population grow.”
Dionne approached Kyna Grubb, RHM’s executive director, who facilitated setting up the interviews.
“We wanted a broad range of people,” Dionne says. “And we didn’t want to preach at you about homelessness.”
Dionne hopes the show will become an annual event.
“It’s about giving a platform to voices in our community who get caught in the margins,” he says. “How many of us have taken the time to stop and talk to homeless people? I never set foot in the homeless shelter until this project.”
Although Dionne firmed up plans for the show back in the spring, he quickly realized he was not going to create it alone.
“The first person I thought of was Brian,” Dionne says.
At the time, he and Daye, who lives in Huntersville, were working together on “Driving Miss Daisy.” Daye played Hoke, Daisy’s longtime chauffeur.
Daye agreed to help.
“I’ve never written anything,” Dionne says. “Brian wrote it.”
Dionne audio-recorded several interviews, and he and Daye did a few together as well. Then Daye wrote the first draft.
Dionne and Daye asked to speak with staff members, and to guests who are considered to be success stories — and those who aren’t.
“We didn’t just want this to be a cheering section for Rowan Helping Ministries,” he explains.
Daye says that he’s honored to work with Dionne on the project. Until now, Lee Street Theatre has been his only exposure to Salisbury.
He says he was “amazed and enthralled” with the recordings.
Daye spoke with a case manager who works with men, women and families.
“She has a lot to do and her plate is extremely full,” he says. “She’s very detail-oriented.”
“There’s a professional distance she has to maintain,” Dionne adds. “For me, I think some people aren’t aware that there are policies in place at Rowan Helping Ministries.”
He discovered that the line between homelessness and having a home is not as broad as some people might think.
“These are people who are one step removed from you and me,” he says.
The presentation uses no names, but the stories are real.
“There was no goal of finding an answer to homelessness,” Dionne says, “but to provide a voice to these people.”
“We hope this will give people an opportunity to help,” Daye says.
He adds that he didn’t realize homelessness was as widespread here as it is, until he and Dionne rode around one day.
“It’s eye-opening,” Daye says. “I saw invisible lines of demarcation all around town.”
Dionne hopes the show will be eye-opening for audiences.
“We all have our own lives and do our own things,” he says. “We don’t stop as often to talk to our neighbors. We don’t stop, to really talk and really listen.”
Grubb agrees.
“I am excited about the opportunity for this collaborative effort to tell the story of people we overlook, or choose not to look at. It gives people a chance to see those struggling with homelessness in a different light. We realize it doesn’t take much for us to be in that same situation.”
Actors who appear in “Voices From the Margin” include Michael Connor, theater professor at Livingstone College; Verity Pryor-Hardin, a Catawba College student; local actor Preston Mitchell; and Ericka Ross, Karen Abercrombie and Roderick Baker, all from Charlotte.
Bob Paolino will play music during the show, and Daye will read a poem, written by Teresa Vinson, an RHM case manager. The Center for Faith and the Arts will lead a time of reflection following the performances.
On Wednesday, Sept. 3, a performance will take place for shelter guests, and for anyone who cannot afford the $15 suggested contribution.
For more information about “Voices From the Margin,” call Lee Street Theatre at 704-310-5507 or visit www.leestreettheatre.org.