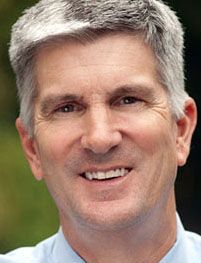 CHINA GROVE — Breakfast wasn’t the only item on Thursday’s agenda at Jimmie’s Restaurant.
State Sen. Gene McLaurin, a Democrat whose district extends into Rowan, organized a roundtable discussion with constituents in China Grove just one week after the General Assembly’s short session concluded.
“My real purpose in being here is just to hear from you,” McLaurin said.
He promised to use the attendees’ concerns to help outline his primary concerns during the next legislative session, if re-elected.
Former China Grove Mayor Jim Morton started off discussion by expressing concerns about railroad expansion in the area to speed up rail travel.
“The state is basically raping the entire corridor for minimal gain,” Morton said. “I don’t think shaving a time off of the trip is worth fouling up everybody’s life.”
Morton and other attendees said the railroad shouldn’t be able to expand in a community without getting input from local residents.
Transportation continued to be a topic of conversation during talk of demolishing the Old Beatty Ford Road bridge that crosses I-85.
Tom Corl, who lives close to the bridge, presented a list of 100 signatures in support of not tearing down the bridge or rebuilding the bridge after it’s demolished.
Rowan-Salisbury School Board member Chuck Hughes brought up equal funding for schools, specifically money used to hire teachers.
“Right now, we are working against each other,” Hughes said about neighboring systems. “Salisbury, for example, may come up with supplements, because they want to retain certain teachers. Another county may trump that and raise supplements more and you have teachers bouncing back and forth.”
Hughes asked McLaurin to push for supplements being determined by the state. The supplements, or signing bonuses, would be tied to cost of living in order to prevent systems from poaching teachers, he said.
The meeting wrapped up with an extensive conversation about coal ash.
Cathy Triplette, who lives near Duke Energy’s Buck Steam Station on the Yadkin River, discussed problems she deals with on a daily basis.
“I realize that the leakage doesn’t affect you guys here [in China Grove],” Triplette said. “The other part of it, the cleanup, will. It sounds like we all are going to be paying for Duke’s mistakes.”
Triplette said she buys bottled water for bathing, drinking and washing dishes because she says coal ash contaminated water is unsafe for her family to drink.
McLaurin said he would push for the state or Duke Energy to conduct health and safety tests near its coal ash sites.
“Everyone deserves clean drinking water,” he said.