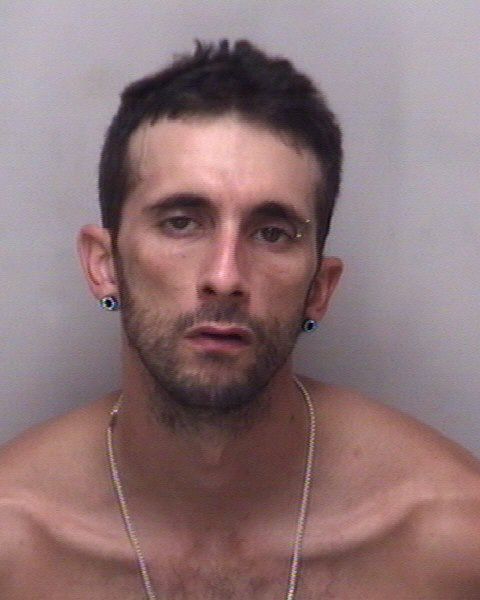 A Salisbury man was charged by police after officers went to his home for a domestic disturbance and a “shots fired” call to 911.
Police charged Mark Jeffrey Shrader Jr., 33, of the 100 block of Sunset Drive, with misdmeanor communicating threats, felony possession of a controlled substance with intent to manufacture a schedule VI, felony possession of a controlled substance schedule I and misdemeanor possession of drug paraphernalia.
When police arrived Thursday at 7 p.m. to the home, a woman was sitting on the front porch. She told the officer the handgun was in the U-Haul and she was checking it to make sure it was secured to travel with. She said she accidentally fired the gun.
Officers determined the woman and her fiancee, Mark Shrader, were arguing when she had the gun in her hand.
She told police she was trying to take a round out, the gun jammed and she fired it into the ground. A police report said witnesses who saw the exchange said the gun was unintentionally fired toward the ground. She placed the gun in the cab of the truck after it was fired.
Shrader left the home after he got into his Toyota pickup and did a “burnout” around the house, said Capt. Shelia Lingle.
Shrader didn’t go far, officials said, he was found in the parking lot of O’Reilly’s Auto Parts in the 2200 block of South Main Street.
Police searched inside the home to make sure no one there had actually been shot and discovered five children inside. Police also saw used and unused syringes in the home.
Officers confiscated the syringes, along with a smoking device, spoons with drug residue on them, a bag of heroin weighing 2.4 grams and a bag of marijuana weighing 1.6 grams. The heroin was found inside a cigarette box in Shrader’s pocket, Lingle said.
Police also seized the handgun.
Shrader has since been released from the Rowan County jail under a $7,500 secured bond.
The woman was not charged in this incident.