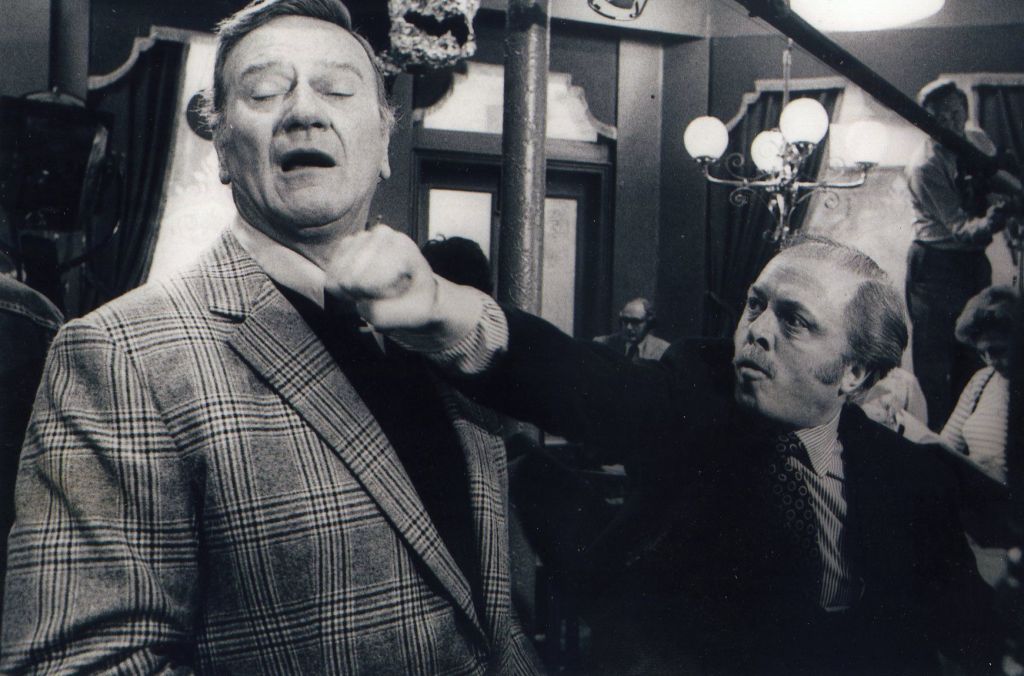 SALISBURY — Some years back, a British friend of Ben Martin’s asked him whether he would like to attend the opening of a film museum in the Richmond area of London.
The friend, a former news reel photographer, was donating two hand-crank movie cameras to the museum.
Featured speaker for the occasion was Richard “Dickie” Attenborough, the British film legend who died last Sunday at the age of 90.
Attenborough, who was knighted by Queen Elizabeth in 1976 and would later become Lord Attenborough, was known as both an actor and director.
He belonged to the original cast of “The Mousetrap” on the English stage. Early in his film career, he won acclaim in England for his role as Pinkie in “Brighton Rock.”
American film audiences know him as one of the officer prisoners in “The Great Escape” and as John Hammond, the owner of “Jurassic Park” in 1993.
His most noted film as director was “Gandhi,” for which he won an Oscar.
As Attenborough made his remarks at the museum opening, Martin couldn’t help but notice that Attenborough kept looking his way. Afterwards, Attenborough approached Martin and asked, “Don’t I know you?”
“I photographed you the day you nearly knocked out John Wayne,” Martin said.
Well, that’s an icebreaker.
Martin is a noted photojournalist who has returned to his native Salisbury in recent years after an incredible career.
His photographs have appeared on the pages of Life, Time, People, Sports Illustrated, Fortune, National Geographic and elsewhere.
His subjects have included President John F. Kennedy, Fidel Castro, Nikita Kruschchev, Marilyn Monroe, Duke Ellington and Mickey Mantle.
Martin worked the JFK funeral in 1963, the 25th anniversary of D-Day in Normandy, the 40th anniversaries of Pearl Harbor and the bombing of Hiroshima, Japan, and Time’s (not Sports Illustrated’s) first swimsuit issue.
For 43 years, he had the use of a cottage in the heart of London about a block and a half from the Hyde Park corner, he says. The London abode served him during his years as a staff photographer for Time and going on assignments around the world.
Martin had use of the London flat for 43 years. Part of his assignments for Time included taking still photographs on the sets of several movies, television shows and specials.
Martin happened to be on the set one day in late 1974 or early 1975 during the filming of “Brannigan.”
In the movie, an American policeman — John Wayne as Jim Brannigan — is sent to London to take a mobster back home. When Brannigan arrives in London, he finds out the mobster has been kidnapped, and in trying to get him back, he has to contend with a veteran Scotland Yard cop played by Attenborough.
Martin was shooting stills of a scene from “Brannigan.” The action took place in a pub in the Billingsgate Fish Market area of east London, and there was a barroom fight in which Attenborough and Wayne were supposed to square off against each other.
Martin explains that British actors were taught a different style when it came to pretend fighting.
“They do it one way; Americans, the other,” Martin says.
It led to a mixup when Wayne and Attenborough began fighting, and Attenborough clipped Wayne on the jaw with a hard right, nearly knocking the Duke over, Martin says.
Martin’s camera caught the punch.
As Martin remembers it, there were no hard feelings. Wayne understood it wasn’t deliberate on Attenborough’s part.
After their meeting at the museum, Martin ended up sending the photograph to Attenborough. He called Salisbury friend Mary Jane Fowler, who in recent years has served as a curator of his photographs, and she was able to have Post photographer Wayne Hinshaw copy the shot for her.
Fowler sent the print to Martin, who in turn made sure it reached Attenborough.
That same night at the museum, Attenborough introduced Martin to several big names in the British film industry, including Sir Sydney Samuelson, onetime British film commissioner.
Martin says his photograph of Attenborough hitting Wayne was never published.
Until today.