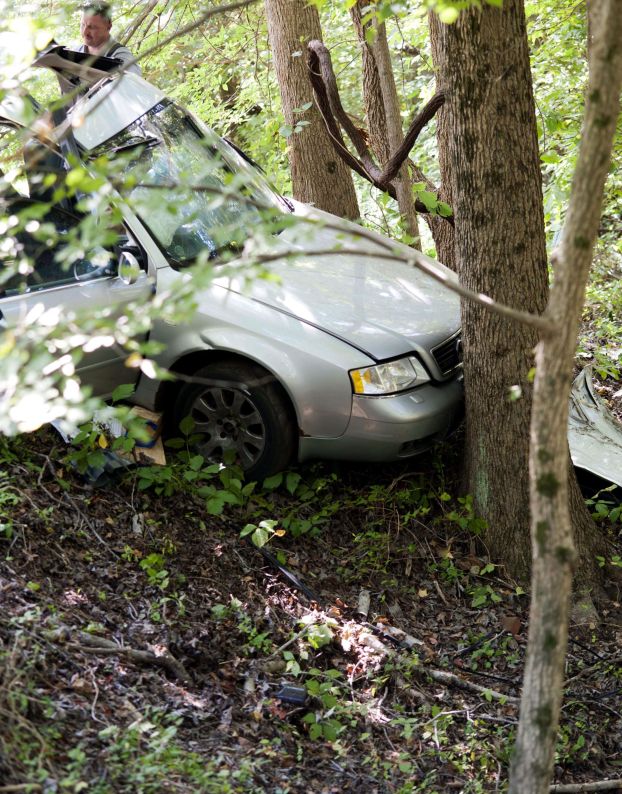 KANNAPOLIS — A driver was injured early Thursday afternoon when her vehicle left Ebenezer Road and struck a tree, which kept the car from sliding down a steep embankment.
The accident occurred about 1:30 p.m. in Rowan County not far from Troutman Hill Road.
The woman was conscious and talking as she was loaded onto a stretcher and into a waiting Rowan EMS ambulance.
Crews from the Rowan Rescue Squad, Mount Mitchell Fire Department and Kannapolis Fire Department worked several minutes before extricating the driver from her late model Audi.
The car had a Michigan tag. The woman, who was not identified at the scene, told a highway patrolman she thought she had fallen asleep at the wheel.
The trooper said the Audi, traveling east on Ebenezer Road, veered off the road to the left and traveled several yards off the road before striking a tree. The car’s airbag deployed.
Contact Mark Wineka at 704-797-4263.

A different view of steeple restoration at First Presbyterian

For about three weeks, a crew from Steeplejacks of America of Strongsville, Ohio, has been doing extensive restoration work on... read more