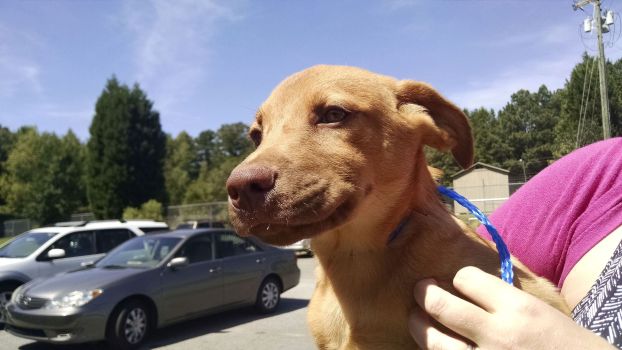 A device that once sent unwanted or sick animals to their death could soon face its own, final fate.

The Rowan County board of Commissioners on Tuesday will consider declaring a gas chamber surplus equipment. The chamber was formerly used at the Rowan County Animal Shelter as a form of euthanization. The gas chamber was removed from the shelter in early July and now sits behind a stack of tires and buckets in a warehouse on Airport Road.

If approved as surplus, commissioners Vice Chairman Craig Pierce said Rowan area residents would be able to help dismantle the gas chamber for a small price.

Though dates are undecided, Pierce said the county would have an event allowing three sledgehammer swings at the gas chamber for $10, or one swing for $5, if the surplus measure passes.

“What this does is put to rest all the conversations that removing it was temporary,” he said. “Some said we would bring it off site and then bring it back and use it later.”

He used the gas chamber’s potential demolition as an example of the shelter’s continued improvement.

“We’ve put a lot of measures just this year that have never been done before,” Pierce said. “We cannot make it an absolute no-kill shelter, but we are trying to prevent any animal that is adoptable from being put down.”

The shelter currently uses lethal injection as its only form of euthanization.

“It’s a step in the right direction,” said Christi File, who adopted two dogs Tuesday to send to a Washington D.C.-area animal rescue. “Our first goal was to stop the use of gas, and now we are working to ensure it’s a no kill shelter.”

Jane Hartness, president of Salisbury’s local Humane Society, said declaring the gas chamber as surplus would be the right decision, but some of the blame for shelter overcrowding should be placed on Rowan County residents.

“When people adopt an animal, they sign a contract stating that they will indeed have them spayed or neutered, and they need to be held accountable,” Hartness said. “If the contract was followed, there would be less intake altogether and less money spent on animal control issues.”

He said other examples of changes at the shelter include a $500,000 expansion, to be paid for by a Winston-Salem philanthropist. The expansion is going to specifically house cats, Pierce said.

Another change county government is working on, Pierce said, is to increase the housing time for cats to 14 days. Currently, he said the shelter can only house cats for 7 days.

The shelter was also reclassified in June. It became its own department within county government.

Your daily look at late-breaking news, upcoming events and the stories that will be talked about today: 1. TOUGH ISSUES... read more