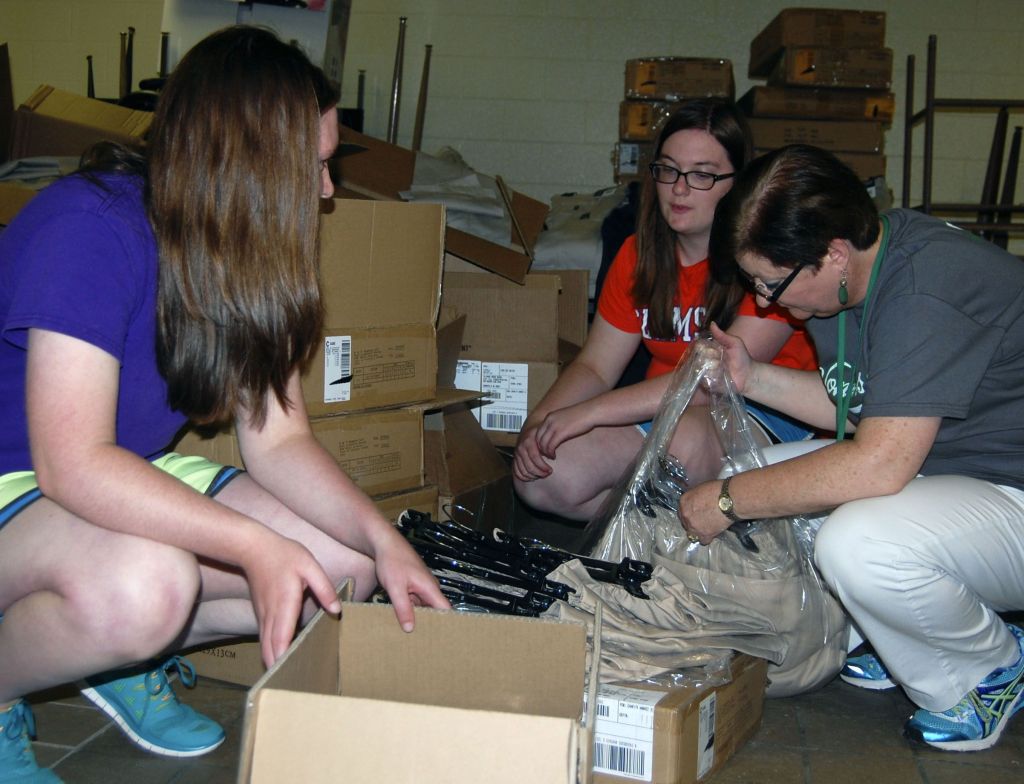 KANNAPOLIS — Most children look forward to getting new clothes and school supplies at the beginning of each school year, but that’s a luxury some families can’t afford.
Things might be a little bit easier for some Kannapolis families this year, however, thanks to Belk and the United Way.
Belk donated 1,000 uniforms to Cabarrus County and Kannapolis City Schools — 800 of which went to Kannapolis families.
“This is a totally free donation to the school system through Belk,” said Barbi Jones, vice president of communications, engagement and marketing for the United Way of the Central Carolinas. “We knew the areas in need.”
“We just get these uniforms and don’t know exactly what’s in them,” said Ellen Boyd, director of community relations for Kannapolis City Schools.
Boyd, with the help of Nancy Barger, executive assistant to the superintendent, Laurie Beaver, the district’s community relations and curriculum assistant, and Boyd’s twin daughters, Jan and Jill, sorted through the uniforms.
“We’re trying to figure out what’s in these boxes and get them sorted out by size and color,” Boyd added.
After the uniforms are distributed to the schools, the school counselors determine the needs of the students and distribute the uniforms.
Boyd said they’re already getting calls about the uniforms.
“There will be families waiting for them,” she said.
Boyd said uniforms increase safety and equality in the schools and reduce bullying and discipline referrals.
“When you get to school, you get down to teaching,” she said. “It just sets a good tone.”
While uniforms serve as an equalizer, students who show up at the beginning of the year without new uniforms might not feel that way.
Some schools have clothing closets where old uniforms are donated, but there’s nothing like a new uniform.
“All these are brand spankin’ new,” Boyd noted.
Jones said the new uniforms make sure students of poverty “look like anybody else,” making them more comfortable as they come into a new school year.
It also takes “a little extra burden off the parents,” she said.