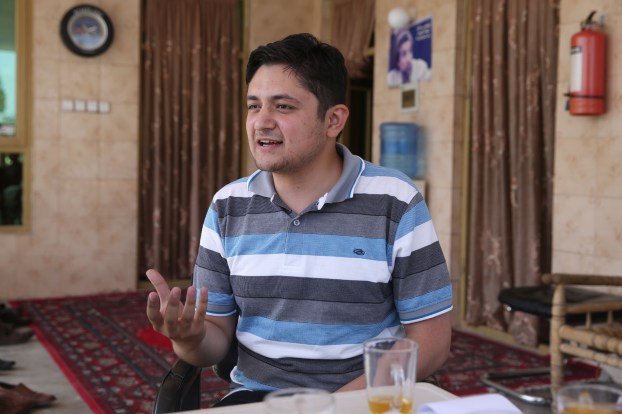 Your daily look at late-breaking news, upcoming events and the stories that will be talked about today:
1. TOUGH ISSUES REMAIN FOLLOWING GAZA TRUCE DEAL

Israel and Hamas agree to an open-ended cease-fire after seven weeks of fighting, but barriers to lasting peace persist — such as Palestinian appeals for the end of a Gaza blockade.

Peter Theo Curtis who was held by a Syrian extremist group of nearly two years is reunited with his family in Boston.

Democratic voters select him as their nominee to challenge Republican Gov. Rick Scott in the Sunshine State.

4. WHY CORPORATE INVERSIONS ARE RISING

More and more U.S. companies are merging with foreign ones to avoid American taxation.

Amazon’s commitment to buy the online gaming community for $1 billion highlights the value of revenue streams coming from gamers.

7. AFGHANISTAN’S FINANCES SLOW DOWN AHEAD OF TROOP WITHDRAWAL

A rise in violent attacks combined with fears over the country’s political future is hurting its lopsided economy.

Most Venezuelans can’t find enough to eat so they are binging on empty calories.

Athletes and fans including Tom Hanks are criticizing plans to hold the 2015 soccer tournament on artificial turf and not grass.

FOX’s "Red Band Society" and ABC’s "Black-ish" are among the fresh autumn crop of programs.

For the past four or five years, thanks to my husband, we’ve been growing our own spinach, tomatoes, peppers, eggplant,... read more