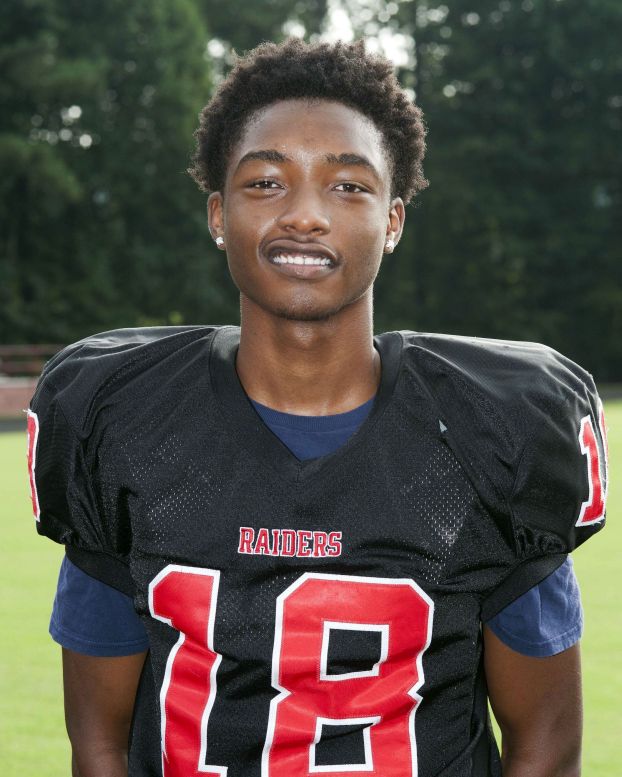 Athlete of the Week: Qwan Rhyne

Qwan Rhyne was everywhere on the field Friday night and Saturday evening for the Raiders’ in their season-opening victory over South Iredell. Rhyne scored two touchdowns and set up another in South Rowan’s 31-21 win.
Rhyne caught a four-yard touchdown pass from quarterback Aaron Kennerly in the second quarter for a 10-7 lead. Later in the period, he scooped up a fumble at the Vikings’ 20-yard line and took it to the house for a score. His 89-yard kickoff return to open the second half set up a touchdown pass that pushed the Raiders’ lead to 24-7.
That was just Friday.
On Saturday, Rhyne defended a deep pass late in the fourth quarter that essentially sealed the win.