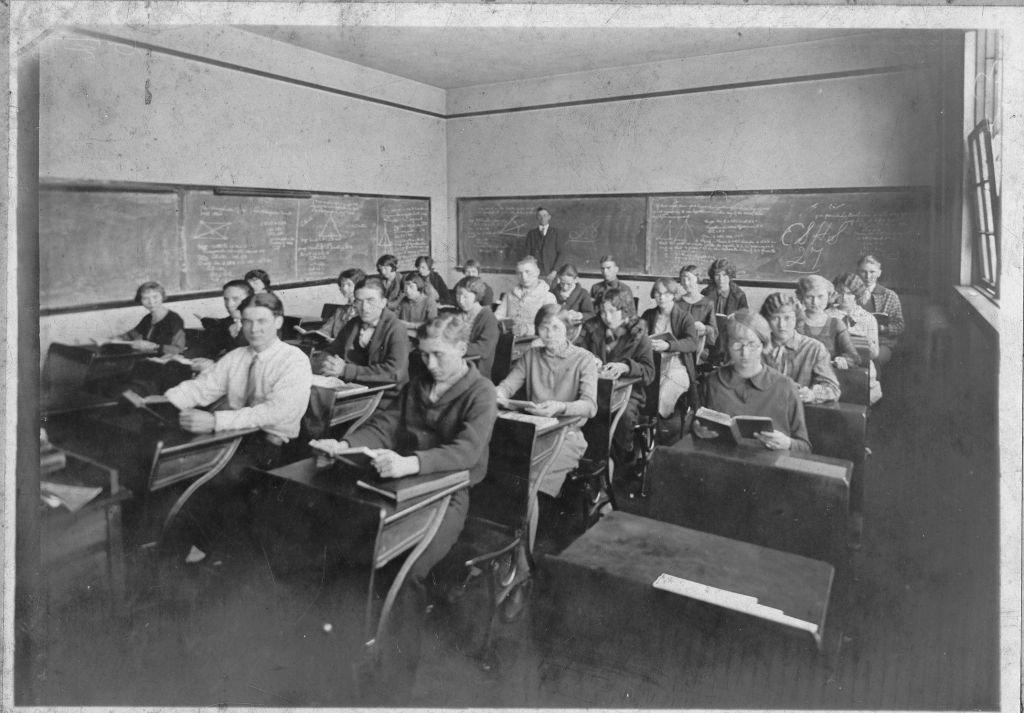 Here’s a photograph of an East Spencer High classroom from 1927, according to what’s written on the blackboard in back. Judging from the rest of the blackboards, the students were well into their study of geometry. John B. Caldwell stands in the back left corner of the photograph. Caldwell, who would later go on to own the J.B. Caldwell & Son store in Mount Ulla, was a principal, teacher and coach at East Spencer High during this era. He also was the grandfather of Dan Caldwell of Mount Ulla, who provided this picture.