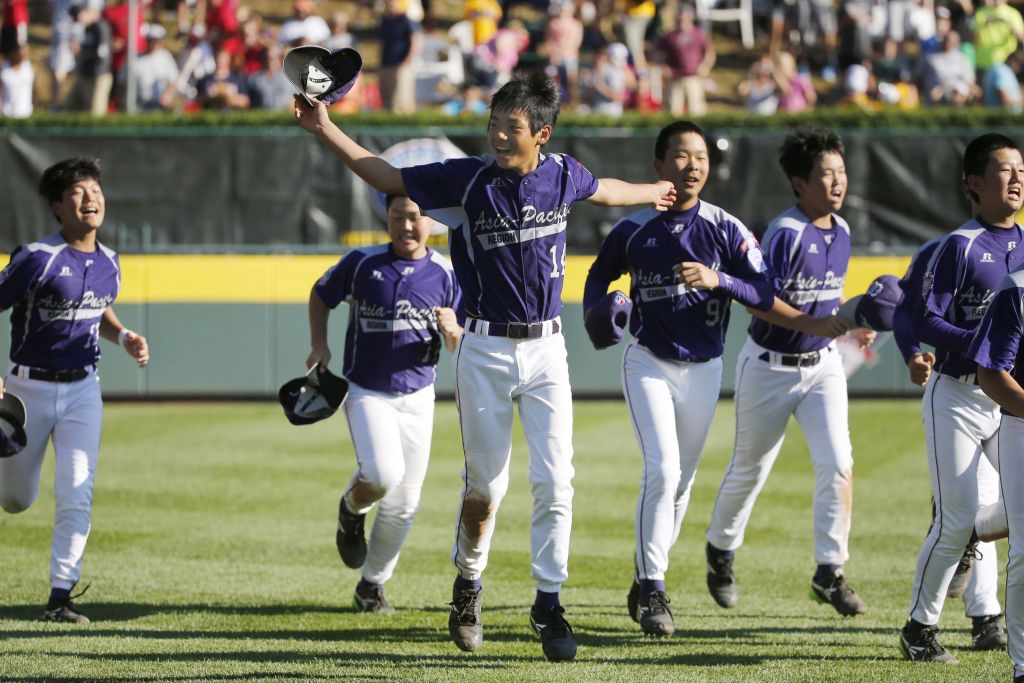 Associated Press
CHICAGO — Chicago cheered on the hottest sports team in town on Sunday and, for the day at least, it wasn’t a team called the Bears, White Sox, Cubs, Bulls or Blackhawks.
The buzz in the nation’s third-largest city was for a group of 11- and 12-year-old boys from Chicago’s South Side who took on South Korea in the Little League World Series championship game.
And it didn’t matter all that much to supporters that the Jackie Robinson West All Stars ended up losing 8-4.
Far from falling quiet with the final out, several hundred supporters who gathered for a TV watch party in a South Side community center gym jumped to their feet, roared and clapped — as if the team had won.
“They showed what heart they have. The city could not be prouder of them,” Chicago Mayor Rahm Emanuel, who attended the party, said of the young players who sought to mount a comeback rally in the last inning.
Watch parties were held across Chicago to support the team, which is based on the city’s far South Side, including one on State Street outside the iconic Chicago Theatre.
Neighborhoods from in and around Chicago embraced the Little Leaguers, who defeated a Las Vegas team 7-5 Saturday to become U.S. champions, as their own.
“I have never seen the community come together like this,” said Eldridge Dockery, 44, who lives in the South Side’s Morgan Park neighborhood. “We’re usually behind our walls or gates — but this team brought us out, talking and celebrating together.”
The Jackie Robinson West All Stars, made up of all black players, made their first appearance in 31 years in the Little League World Series. The team’s journey has been an inspiration for many in a part of Chicago that has grappled with poverty and gang violence.
Asked about the good feeling that infused the area as the Little Leaguers went on to the international championship game, Dockery said, “I hope it lasts.”
The sense of unity fostered by the team even applied, in part, to political rivals.
Both Democratic Gov. Pat Quinn and Republican gubernatorial challenger Bruce Rauner showed up at the community center gym to watch the Jackie Robinson West All Stars.
“It’s all about bringing the city together,” Rauner told a reporter.
Rauner sat in a front row, bobbing his head at one point as a green alligator mascot led the crowd in a chant to thumping music.
At separate times during breaks in the action, both he and Quinn — who are locked in a tight race — got up and danced.