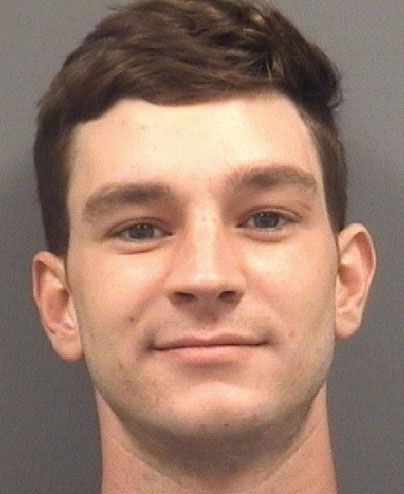 mwineka@salisburypost.com
SALISBURY — Four search warrants hit paydirt Wednesday and put a dent in a suspected marijuana-growing operation in Rowan County.
Two men were arrested in connection with the warrants: Cody Lane Morris, 24, of the 1600 block of Majolica Road, and Fernando Alonso Alvarez, 24, of the 300 block of South Rowan Avenue, Spencer.
The Special Investigations Unit (SIU) of the Rowan County Sheriff’s Office and the Aggressive Criminal Enforcement Unit (ACE) executed the four search warrants at locations connected to the manufacturing and distribution of marijuana.
Spencer Police assisted in the search at one location.
According to a Sheriff’s Office release, the Sheriff’s Office began an investigation into the marijuana-growing activities of Morris in June.
Information obtained indicated Morris had growing operations at his residence, 1685 Majolica Road; an adjoining parcel on Majolica Road; 118 Polo Drive, Salisbury; and 303 South Rowan Ave., Spencer.
Investigators also suspected that a residence at 503 Yost Road was being used as a location to process and package marijuana for distribution.
On a June 3 traffic stop of Morris in his 2006 Chevrolet pickup, a sheriff’s deputy detected a marijuana smell coming from the vehicle. On questioning, the Sheriff’s Office said, Morris indicated he had a half-pound of marijuana inside the truck.
The marijuana was seized and Morris charged.
On June 18, the Sheriff’s Office searched the 118 Polo Drive address and found evidence that a marijuana manufacturing operation had been present at the residence, but had been removed, reports said.
Wednesday, deputies executed a search warrant at 303 South Rowan Ave., Spencer, and discovered evidence that a marijuana manufacturing operation was present, but not working at the time of the warrant’s execution, reports stated.
Investigators seized approximately 2.5 pounds of marijuana and $3,910 in United States currency from the Spencer residence, where Alvarez was living.
Alvarez was charged with possession with intent to sell, deliver and manufacture a controlled substance, manufacturing marijuana, felony maintaining a dwelling and possession of drug paraphernalia.
Alvarez was placed under a $25,000 bond.
After the execution of the Spencer search warrant, deputies executed two search warrants at 1685 Majolica Road and an adjoining parcel.
Deputies discovered evidence that a marijuana manufacturing operation had been present in an attic at 1685 Majolica Road, reports said.
An active marijuana manufacturing operation was located in a building on the adjoining parcel of property, reports said.
The marijuana operation had electrical power supplied to it by an extension cord running from a detached garage at 1685 Majolica Road. It went to a hidden room in the building on the adjoining parcel of property.
In the room, deputies discovered 94 marijuana plants and some dried marijuana plants.
Morris was charged with possession with intent to sell, deliver and manufacture marijuana, manufacturing marijuana, felony maintaining a dwelling and possession of drug paraphernalia.
Morris was placed under a $50,000 secured bond.
Morris also has pending charges from a May arrest by the Salisbury Police Department for first-degree burglary. He was released under a $750,000 bond.
He was also arrested this month in Cabarrus County for reckless driving to endanger.
The search at 503 Yost Road resulted in the seizure of a small amount of marijuana and drug paraphernalia. No one has been arrested in connection to that search.